Seagulls coach Nathan Jones was relieved that Albion have a fully fit squad ahead of tomorrow evening’s match against bottom place Rotherham United.

Jones told Brighton and Hove News: “We are free from injuries at the moment. Obviously Kazenga (LuaLua) is suspended but that presents an opportunity for someone else.

On Rotherham Jones said: “It’s early days at the moment but tomorrow we will treat the game like the previous one and the previous one to that – it’s two championship teams going head to head.

“It will be a stern test and we will treat it just as we did Hull , Ipswich or Fulham. 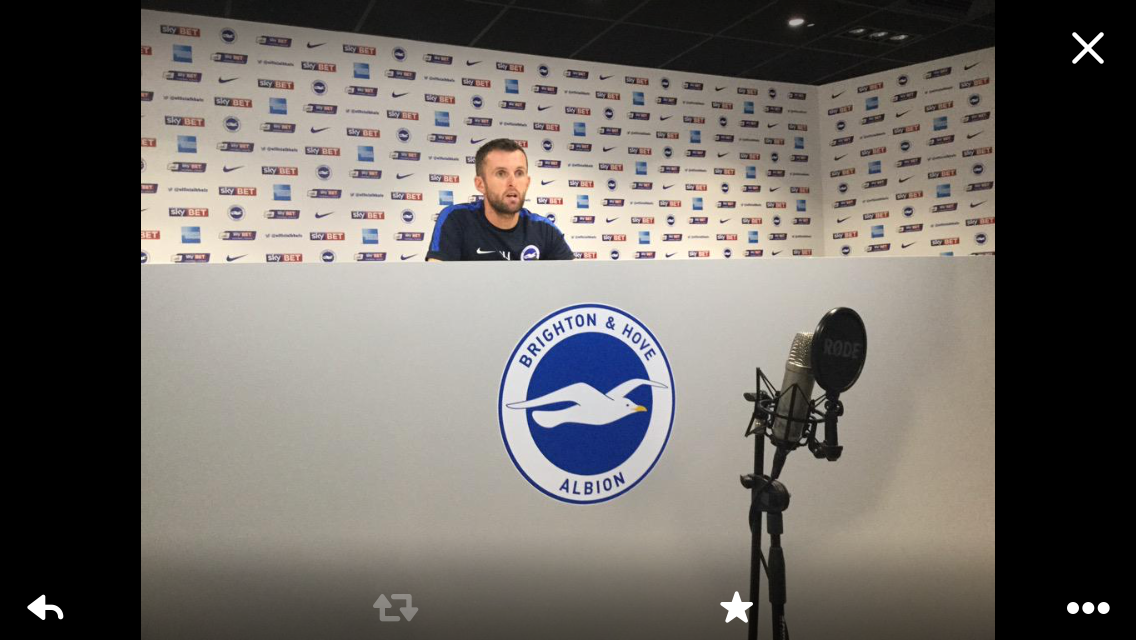 Jones was pleased to hear the crowd’s reaction to Bobby Zamora’s introduction to the match against Hull – his first home appearance for the Albion for 12 years.

He said: “He got the crowd going, didn’t he! It’s great to work with Bobby. He has a fantastic pedigree and I have watched his career closely and once we get him really up to speed I am sure he will be a fantastic asset for us this season.”

Inigo Calderon has travelled with the development squad to face Aston Villa at Walsall this afternoon which is something Jones said he would have requested to do.

The coach added: “Inigo is close to the squad and is a fit lad. That’s why he has played at this level as long as he has.

“He needs games and this is a good opportunity against a strong Villa (under-21) side.”

Connor Goldson and Andrew Crofts are also involved for the development squad today.