Brighton station is a sea of colour and excitement as thousands queue up to board trains to Falmer for this afternoons Pool B match. 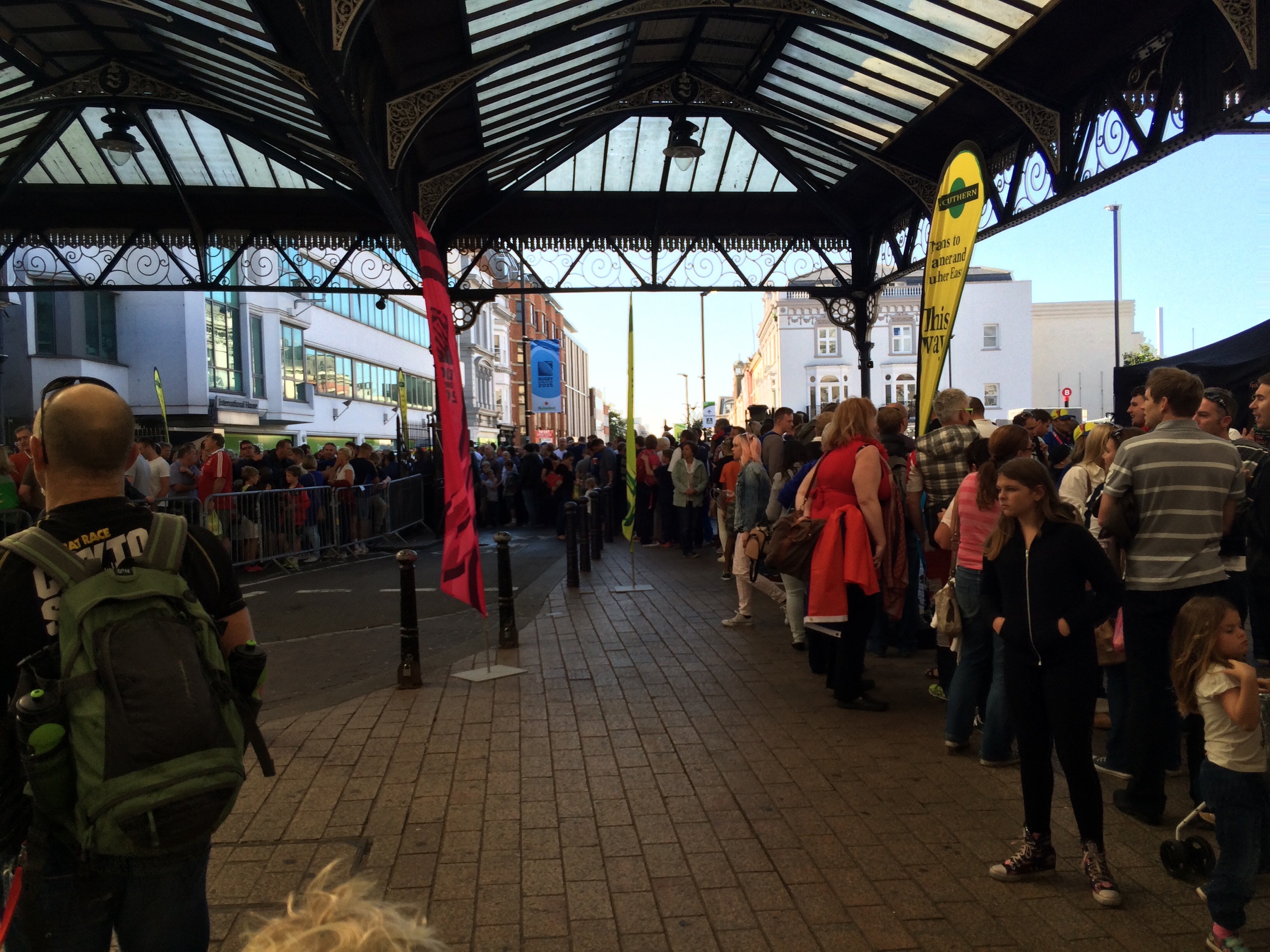 With just an hour to kick-off Southern Rail may struggle to get a majority of the 30,000 plus fans to the stadium on time.

Stephen from Virginia who has been in England for a few days told Brighton and Hove news he thought the USA had a chance,but was eager to get to the Stadium he described as being ‘downtown’ 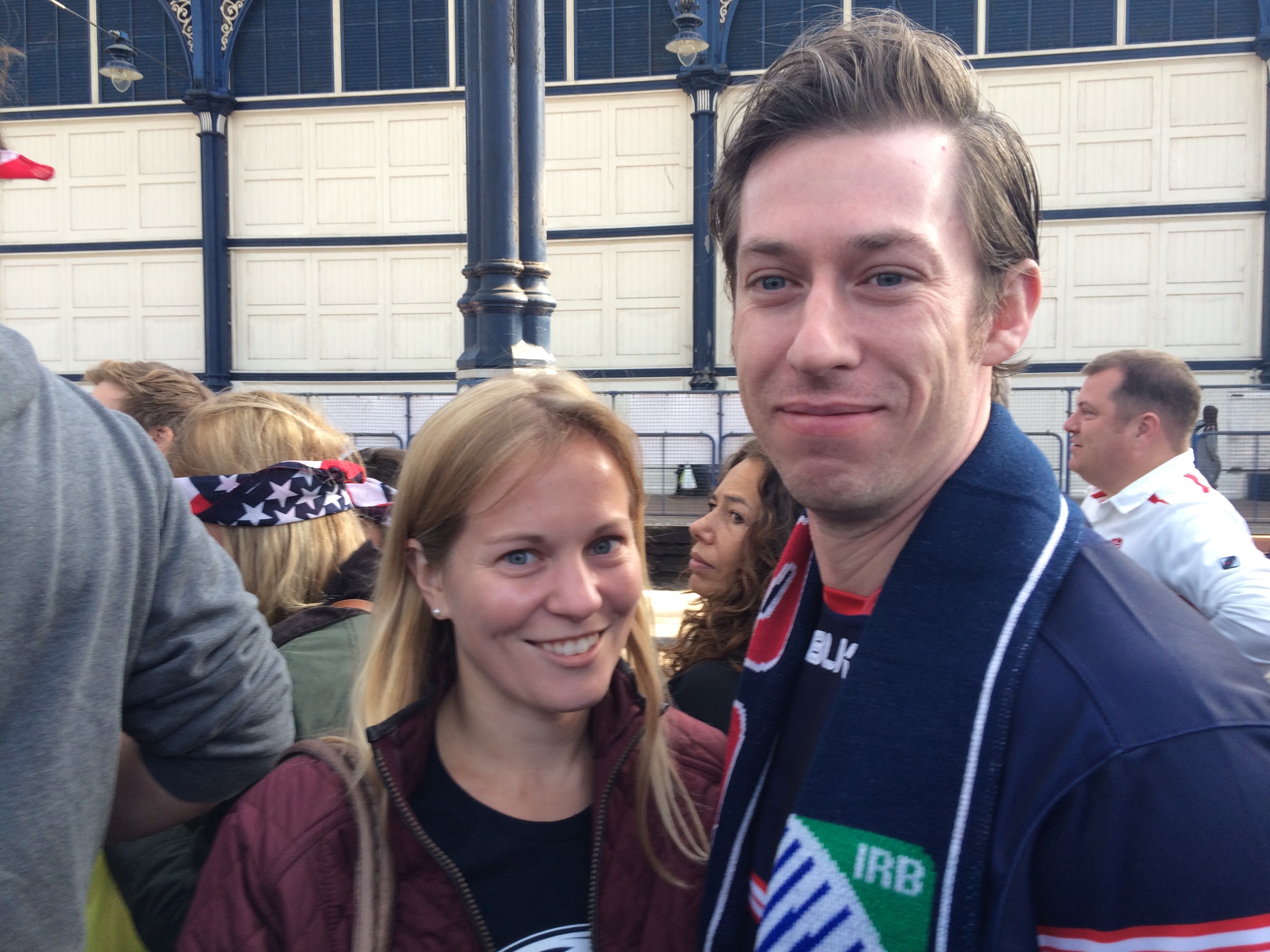 Stephanie and Stephen from Virginia .

Some fans appear dismayed to be waiting on station platform with no trains currently available to board .