Brighton and Hove News caught up with Seagulls midfielder Liam Rosenior at Thursday’s press conference. Here’s what we found out about the hard working ex-Hull City player. 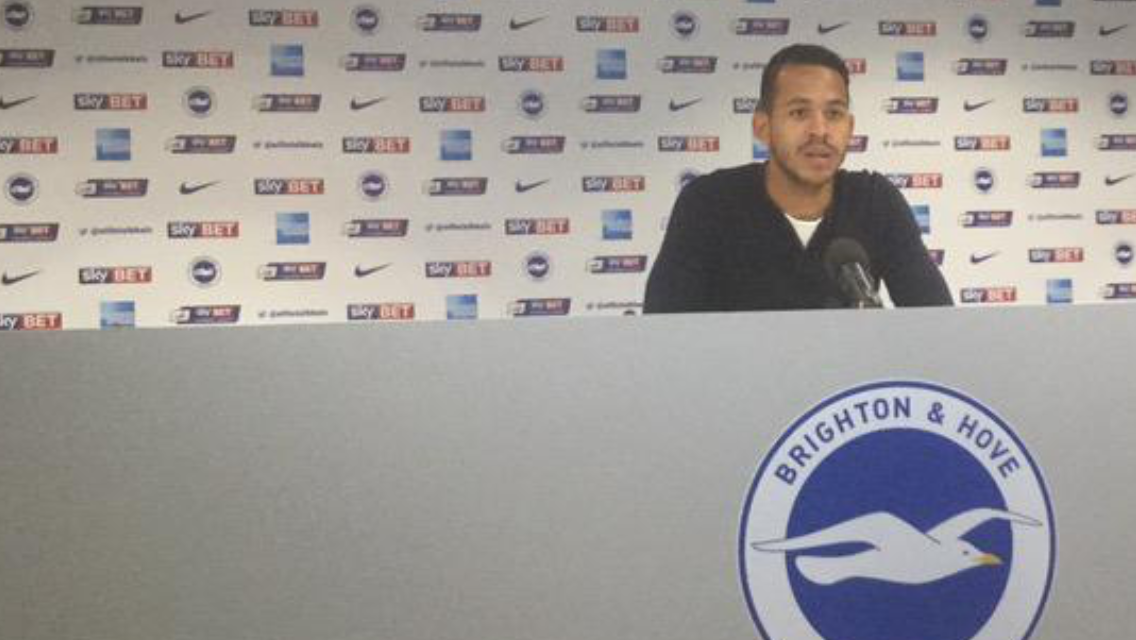 1) Rosenoir told Brighton and Hove News that he thinks the Lancing training complex could be considered as one of the best in Europe. And, along with the Amex Stadium, puts the club on the world stage for facilities.

2) He compared the resilience and determination shown by the Albion this season to the squad that avoided relagation at the end of last season.

3) Regarding Albion’s current situation, he joked that he hadn’t ever seen a team promoted with 20 points before. But thought from his short time with the club that the indgredients were there for a successful season.

4) Rosenior displayed superb knowledge of recent Albion history, telling @bhcitynews how he was aware that Albion were a big club about 3o years ago and he recalled former players like Mark Lawrenson and managers like Brian Clough. He was also aware of the lull in the club’s fortunes with the stadium issues. But the fact the club was again on the up and the wonderful surrounding area were a big attractions when it came to signing for the Seagulls. He was keen too to help the club be successful and “achieve something that hasn’t been done for a long time”.

5) Liam’s father Leroy Rosenior, the BBC pundit and media personality, was interviewed by Dick Knight for the vacant Albion manager’s job back in October 2003. Liam recalled how his father thought even then that the football club had massive potenial adding “that’s another reason I am delighted to be here”.

Boy, 16, due before Brighton court over Hangleton armed robbery