UPDATE: Wishard Mupawaenda has been found safe and well.

Police are concerned about the welfare of missing 51-year-old Wishard Mupawaenda from Hove. 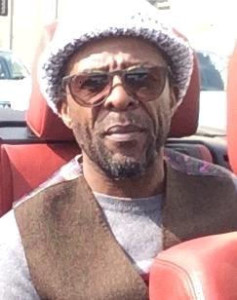 Mr Mupawaenda, also known as Joe, was last seen by relatives when he was leaving his home address in Arthur Street, Hove, on Wednesday 26 August, and his intentions were unknown.

His family reported him missing to police on (Wednesday) 9 September.

He was described as black, 5ft 6in and of slim build, with short brown dreadlocks and facial stubble. He was last seen wearing jeans with a dark grey waistcoat and brown shoes. He was carrying a grey rucksack and also has red raincoat and a brown flat cap.

Police inquiries have included contacting his friends and family and checking CCTV and all transport systems.

PC Lyndsey Osland said: “We are concerned about Joe because he suffers with depression, and this disappearance is out of character for him. Please contact us if you have any information which may help us find him.”

He was also sighted in the King’s Cross area of London two weeks ago.

Anyone who sees Mr Mupawaenda or who has any information about his whereabouts is asked to phone Sussex Police on 101 or email 101@sussex.pnn.police.uk.