A Brighton vicar is due to go on trial at the Old Bailey today (Monday 12 October) charged with two counts of abusing a 15-year-old boy. 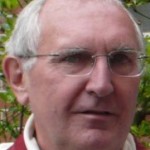 Vickery House, the former vicar of St Bartholomew’s Church, in Brighton, is also accused of abusing five men ranging in age from 17 to 34 over a 16-year period before he retired.

The abuse is alleged to have taken place between dates in April 1970 and January 1986.

Four of the offences are claimed to have been committed in the Berwick area of East Sussex and four in other parts of the country.

He denies the charges.