Wanted drugs dealer may be in Brighton

A wanted drugs dealer may be in Brighton, Sussex Police said, as the force issued an appeal to the public for help in finding him.

The force said: “Sussex Police are seeking the whereabouts of convicted drug dealer Billy Joe Wiggins, and the net is even being cast as far as the Baltic state of Lithuania. 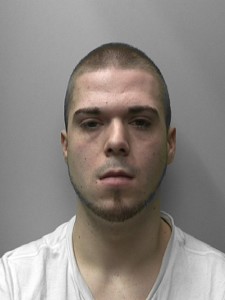 “Wiggins, 25, was recalled to prison on (Friday) 4 September for breaching licence conditions attached to a three-year sentence for supplying drugs.

“He has connections to Eastbourne, St Leonards, Bexhill and Hounslow and is known to frequent parts of London and Brighton.

“Wiggins is described as white, 5ft 11in (180cm), of medium build with light brown hair and hazel eyes. He has several social media accounts.”

“This is primarily in the town of Kaunas and possibly the capital Vilnius.

“We are liaising with other forces both at home and abroad in an effort to trace him.”

Anyone who has seen Billy Joe Wiggins or who knows of his whereabouts is asked to phone Sussex Police on 101, email 101@sussex.pnn.police.uk or call the independent charity Crimestoppers anonymously on 0800 555111.