Harbour Hotels has announced it has bought the Umi hotel on Brighton seafront after having announced plans to open an exclusive hotel and spa here in June. 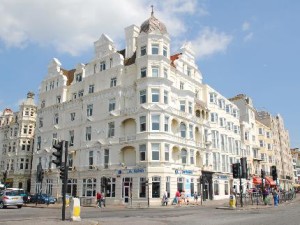 The exact location of the new hotel was not revealed, but clues in the announcement gave rise to speculation it would be at the Umi building.

Then, a spokeswoman for Umi said it was not planning on moving as it had eight years remaining on the lease – but Harbour says it has now bought the building.

The hotel, which will feature a seafood restaurant, champagne bar, spa and Brighton’s only rooftop pool, is due to open as soon as next summer.

Harbour, which owns six hotels in the west country, has also bought hotels in Bristol and Southampton.

“Expanding into cities such as Bristol and Brighton brings a new dimension to the group, with properties now featured in coastal, country and city locations.”