Scores of people are calling on the council to make Brighton College pay for the loss of Hove elm trees thought to have become infected by a logpile on college land. 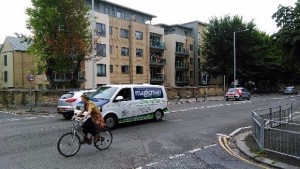 A gap where trees were felled along New Church Road. Picture by Chris Hawtree

Fourteen elms were felled in August after being infected by beetles which were tracked down to a logpile in the grounds of St Christopher’s Prep School in New Church Road, which is owned by the college. The infection then spread, leading to 23 trees coming down in total.

A petition with 100 signatures on is due to be presented to councillors today, condemning the school’s “negligent behaviour” in leaving infected elm branches to decay.

And meanwhile, the school is due to meet with council officers so that it can be “fully informed” about the situation.

The petition, which will go before this afternoon’s environment, transport and sustainability committee, says:  “We, the undersigned from the area of Westbourne Gardens, Villas and Street, ask Brighton and Hove City Council to ensure that Brighton College funds the replacement of those elm trees which have been felled after the school’s negligent behaviour in leaving elm branches to decay on its New Church Road property.

“We should also like these to be substantial 23 replacements rather than saplings – and all this applies to any of the trees in a half-kilometre radius likely to fall victim to the disease unleashed by the school.”

St Christopher’s head Julian Withers said: “We are very saddened by the loss of elm trees in the school and in the surrounding area and very keen to support the council and the Westbourne community.”