Brighton has been voted the best beach holiday destination in an online poll of thousands of coach passengers.

The town topped the poll in the Best Beach Holiday category of the first Go Britain awards set up by National Express to find the nation’s favourite tourist destinations.

The company said that it ran hundreds of thousands of journeys to and from Pool Valley Coach Station every year.

And Brighton saw off competition that included the second-placed Jurassic Coast and Durdle Door, in Dorset, and third-placed Blackpool. Beachy Head, in Eastbourne, came tenth in the poll. 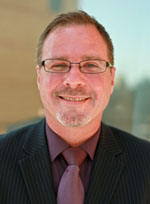 National Express quoted one of those who voted in the poll as saying: “Brighton has so much variety to enjoy, with the classic seaside attractions, along with antique-shopping in The Lanes or strolling around boats and all things nautical in Brighton Marina.”

And it quoted another as saying: “We love the pier and having fish and chips on the beach. A real British treat.”

National Express UK coach managing director Tom Stables said: “Brighton is a longstanding favourite destination among our passengers and for good reason – it’s a fantastic, fun and vibrant place to visit so it’s really fantastic to see it top the polls in our first Go Britain awards.”

The head of tourism at Visit Brighton, Howard Barden, said: “We are thrilled to have been named the Best Beach Holiday destination especially as this was voted for by members of the public.

“Our city by the sea has a lot to offer visitors from the vibrant beachfront to the fantastic shops and cultural venues.

“We’ve always thought our beach was the best and it’s great to see the public agrees with us.”

National Express said: “Nearly 300,000 coach services travel to Brighton Coach Station in Pool Valley from more than 119 destinations across the UK each year.”