Brighton & Hove Albion: Hughton would have looked at loan market without injuries

By Tim Hodges from the Albion pre-match press conference.

Albion boss Chris Hughton was just as likely to have utilised the  loan market irrespective of  the current spate  of injuries the Seagulls have suffered in recent weeks. Speaking to Brighton & Hove News this lunchtime Hughton said  ” where we are in the season , and the thought of picking up injuries and the fact we are going into a heavy part of the season, is the reason why I would look into the loan market – at the start of the season we hoped to be at the situation where we didn’t have to bring any loan signings in and we got to that point – but also its about the right players , if the right player had become  available and was within  our structure we certainly would have done it”

Hughton was pleased that Albion were in a good position , whereby they have no loan players to this point  in the season, but hinted  at bringing in 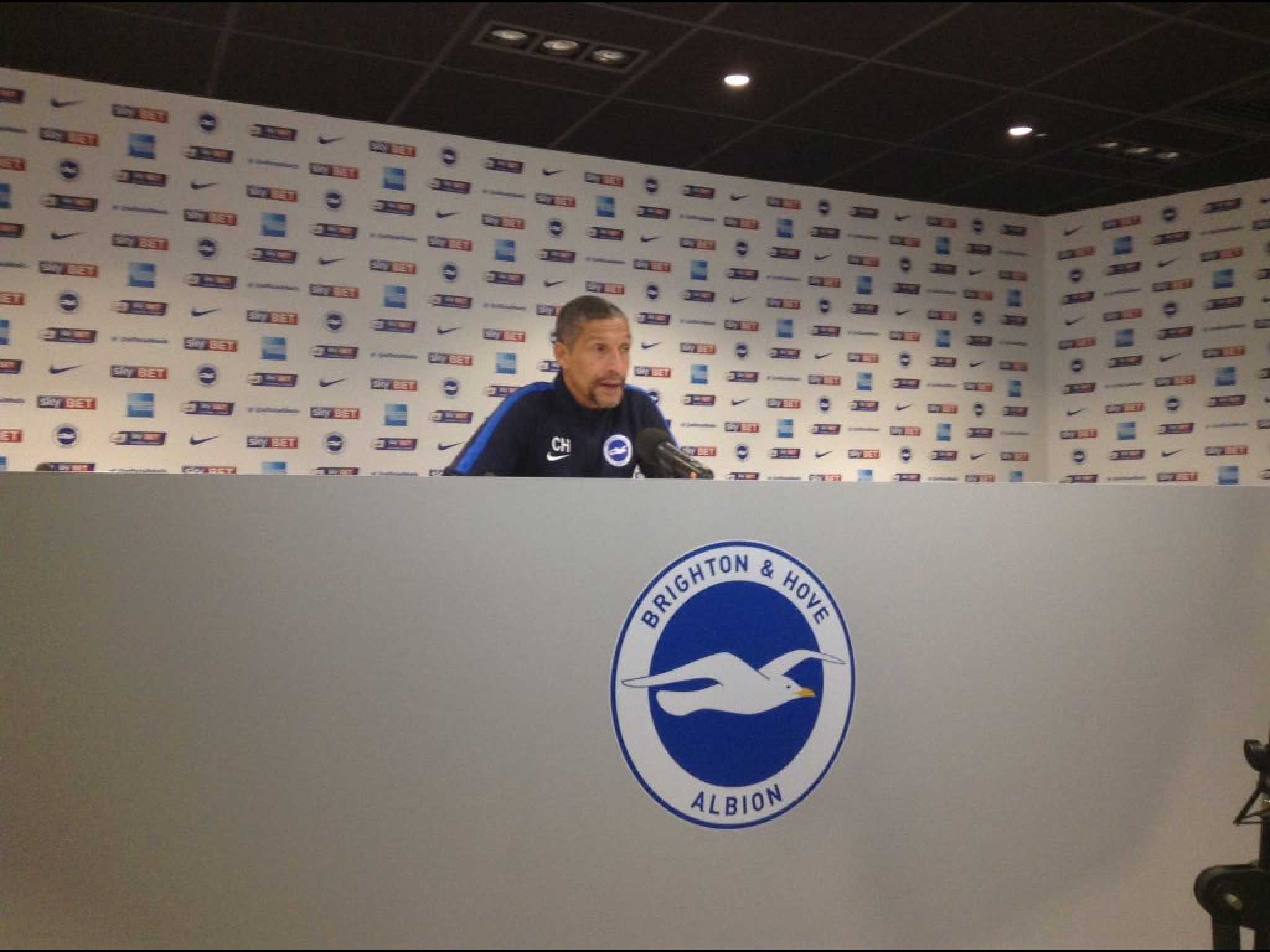 Late this afternoon Albion did just that . Signing Manchester United’s England U21 striker James Wilson for the remainder of the season and also Wolves winger Ravij van la Parra until January 2nd.

Both players will train with Albion at Lancing tomorrow and be available for selection against Birmingham on Saturday (28th November ) in a 3pm kick-off at the Amex.

Hughton also confirmed to @bhcitynews that no players would leave the Seagulls during this loan window.