Women assaulted after getting out of Hove taxi

Police are appealing for witnesses after two women were assaulted in the early hours of Friday, 27 November in Dyke Road, Hove. 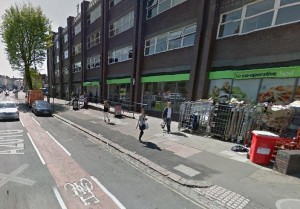 Police were called just after midnight to a report that the two victims were seen crying by the side of the road near the ‘Good Companions’ pub.

The women, a 29-year-old from Croydon and a 33-year-old from Brighton, had just got out of a taxi to use a cash point when they were tackled to the ground by a man and then kicked. The suspect is described as middle aged, 5’8″ and of large build.

One of the victims was found by officers with a graze on her chin and a chipped tooth. She also suffered a fractured leg. The other woman had a cut on the bridge of her nose, swollen lips and a missing tooth.

PC Anna Dowglass said: “This was a violent assault which happened next to a busy road in Hove.

“We would like to hear from anyone who saw what happened by the Co-op cash machine at around midnight.”