The city’s parking wardens are now set to strike every day from next Saturday until Christmas Eve after rejecting a new pay offer they say made little or no improvement. 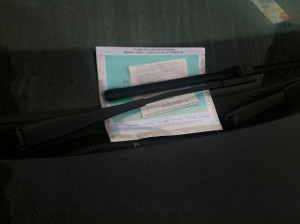 Wardens who are members of the GMB union are in dispute with NSL, which manages parking enforcement for Brighton and Hove City council, in a row about pay.

They went on strike last weekend, and following talks on Tuesday, members were balloted on the company’s latest offer – and increased the number of days they intend to strike, adding Monday, Tuesday and Wednesday in the run-up to Christmas Eve as well as this Friday and Saturday and next weekend.

Charles Harrity senior organiser with the GMB trade union said: “For NSL to come forward with what is essentially the same offer which GMB members rejected some weeks ago has angered the staff.

“The feeling is that NSL management do not understand the level of frustration felt by their staff. The GMB trade union and the members feel that the company should look to put forward a serious proposal which addresses the pay issue instead of indulging in delaying tactics and attempting to use staff from other contracts in an attempt to break the strike.

“The effect of NSL’s approach has only served to stiffen the resolve of the staff and that of the GMB in their efforts to achieve a rate of pay which will allow civil enforcement officers in Brighton and Hove to reach a decent standard of living.”