Two young girls watching Whitehawk FC play away against Maidstone United last night had to be led away after the home fans chanted sexually charged verbal abuse at them. 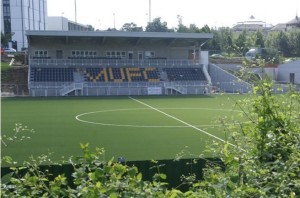 The two 15-year-old Hawks fans endured 45 minutes of chanting at the Gallagher Stadium before stewards led them to the directors’ box last night.

The officials, whose intervention was praised on social media by the Hawks’ support, then returned to the stands to apologise to the rest of the away crowd during the second half.

The Kent Messenger reports that at least one spectator, thought to be a regular supporter, from the 1,743-strong crowd was ejected from the ground, located on James Whatman Way.

Fans of the high-flying Stones decried the “pathetic behaviour” of “a small minority” on their online forum, with some calling for the offenders to be banned.

“We pride ourselves on providing a family-friendly atmosphere and we will stop at nothing to protect that,” Bill Williams
Although the club is yet to confirm whether further action will be taken, club chief executive Bill Williams said: “We will not tolerate unacceptable behaviour in whatever form it comes.

“On the rare occasions when incidents have occurred, we’ve issued warnings and even banned a small number. We pride ourselves on providing a family-friendly atmosphere and let me be clear, we will stop at nothing to protect that.”

The match finished 1-0 to the visitors, but Maidstone remain second in the Vanarama National League South.