Firefighters were called to a flat in Brighton last night when the resident could not get into the kitchen with dinner cooking on the hob. 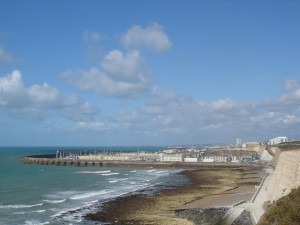 Three crews from Roedean and Preston Circus were sent to at Britannia Court in Brighton Marina at 11.20pm.

Firefighters used breathing apparatus to enter and entry tools to access the kitchen where the door had become jammed with cooking left on the hob.

No firefighting was required but a positive pressure fan was used to ventilate the area.

Firefighters left the scene at 23:50.

Three crews from Preston Circus, including the aerial ladder platform, were also called to a building on Stroudley Road in the early hours of this morning.

Crews used one hose reel jet to extinguish the small rubbish fire at the exterior of the building.

Firefighters were called at 4.29am and left the scene at 5.08am.