Brighton and Hove to form part of innovative childcare trial

Brighton and Hove has been selected as a pilot area to look at innovative ways to make childcare accessible to more working parents – but it’s not yet clear if parents in the city will be getting an extra 15 hours of childcare this year. 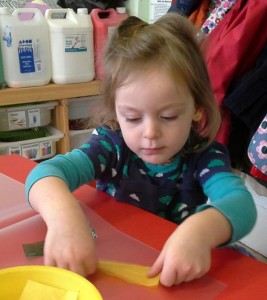 The government yesterday announced that eight areas would become “early innovators” for the Tories’ election pledge to increase the number of free childcare hours for working parents from 15 to 30.

Brighton and Hove was not among these, but was named as one of 25 more which will look specifically at innovative ways of making sure childcare is accessible to as many parents as possible.

It’s not yet clear whether this will mean extra free childcare or not, but the government says their experiences will then be used to support the full rollout across the country in 2017.

“This announcement is welcome news and we look forward to hearing the details from the Department for Education. We are waiting to find out when we will be able to offer the 15 hours additional free childcare to working parents in the city.”

The Government has put aside £13million to pay for the trial. Education Secretary Nicky Morgan said: “For too long, rising childcare costs have been a barrier preventing parents and particularly mothers from working.

“That’s why I’m delighted that in just a few months’ time, we will see the first families benefiting from the government’s offer of 30 hours’ free childcare for working parents.”

The government says it will also be looking at the issues that make it difficult for parents with particular challenges to access childcare, including special educational needs and disability.

The core group of councils will be supported by 25 others, who will look specifically at innovative ways of making sure childcare is accessible to as many parents as possible.

Their experiences will then be used to support the full rollout in 2017, with the aim of removing significant barriers to parents taking up their entitlement.

All three and four-year-olds are already entitled to 15 hours of free childcare a week, and this is also extended to the most disadvantaged two-year-olds. Last year, more than 1 million 3- and 4-year-olds, and 157,000 2-year-olds benefited from this offer.

The Department for Education said it will also be piloting a new contract with councils, and consulting on a fairer funding formula for the early years, to help ensure that local authorities are passing the money on to providers, and that providers are given a fair rate.