Security at the empty Lectern pub, where a squat was raided on Sunday, is to be tightened after three men were caught trying to get inside this morning. 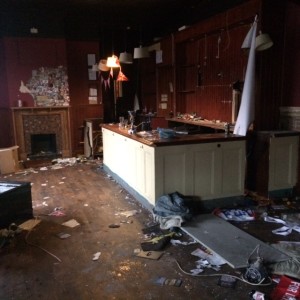 Police were called to the pub on Pelham Terrace, Lewes Road, at 7,52am this morning by someone who had spotted the trio trying to gain entry.

A spokeswoman for Sussex Police said: “Officers attended and the three men were escorted from the scene.

“There were no signs of forced entry and police are liaising with the owner of the building to make the premises secure.”

All five people who were arrested on Sunday for abstracting electricity have now been released without charge. Police raided the pub following a string of reports of violent attacks inside.