Problems arising in areas with a high proportion of student housing were discussed at a meeting in Brighton last night (Wednesday 3 February).

The top three issues were planning enforcement, including where family homes had been turned into student houses, refuse and recycling and noise.

Councillor Tracey Hill, who represents Hollingdean and Stanmer ward for Labour, organised the meeting at the Salvation Army hall by The Level. She is the council’s lead member for private rented housing. 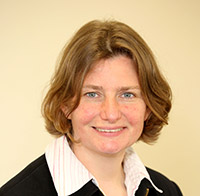 It was attended by almost 30 people – other councillors and representatives of local action teams (LATs) and residents associations in and around Lewes Road.

They discussed the issues arising as a result of the increase in shared houses, also known as HMOs (houses in multiple occupation). A significant number – but by no means all – are student houses.

Councillor Hill said “Almost all the groups that were invited were there and almost all were experiencing the same problems.”

She said that the top issue was planning enforcement, including efforts being made by landlords to get round the “article 4” rules related to student or shared housing.

The article 4 direction means that if a family home becomes a shared house for three to six people who are not related, it may need planning permission.

In the wards with the most students, such homes will also have to be licensed.

Councillor Hill said: “Landlords are becoming very clever at getting round the rules. We talked about what we might be able to do to persuade them to take planning legislation seriously.

“We spoke about a property in Bernard Road which was refused planning permission. The owner appealed and the appeal was refused.

“The seven tenants were ordered to move out. They’ve reduced the number of tenants in the property from seven to six. A whole household of tenants had to leave. They had no knowledge of the situation.

“It’s bad for tenants and bad for residents.

“Actions (from the meeting) include sharing information about how to deal with planning enforcement.

“We’re keen that letting agents become aware of their duty to pass on material information to tenants.”

Landlords who don’t pass on material information may find themselves being investigated by the ombudsman or subject to court action under consumer rights laws.

Councillor Hill said that the problems were not all student-related. She added: “The second biggest issue was refuse and recycling. The third was noise.

“There will be another meeting in early April to focus on refuse and recycling.”