Do you recognise the armed robber who aimed a gun at a Hove shop assistant?

Sussex Police have released CCTV pictures of an armed robber demanding cash during a hold-up in Hove last week.

They are hoping that someone will recognise the man in the distinctive jumper and motorcycle helmet who pointed a gun at a shop assistant in the One Stop in Hangleton. 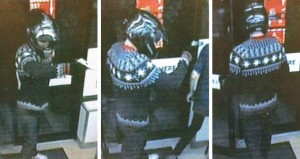 The force said: “Police have released images from CCTV after an armed robbery in Hove on Tuesday 9 February.

“At about 10.30pm a man brandishing a handgun walked into the One Stop convenience store, in Nevill Road and demanded money from the tills.

“The man wearing a dark crash helmet and distinctive dark jumper with white pattern entered the shop, approached the shop worker and demanded money while threatening her with a handgun.

“The man made off with cash from the shop leaving the staff member very distressed. 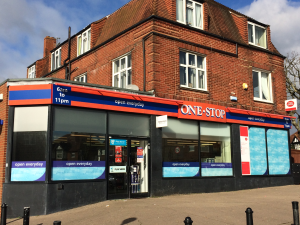 “Detectives are linking the incident to a gunpoint robbery which took place at the Portland Convenience Store, Portland Road, Hove, on (Sunday) 31 January.

“On both occasions the suspect, described as male and 5ft 8in in height, was wearing a dark motorcycle crash helmet and used a handgun to threaten staff.

“Police would like to speak to anyone who saw or heard anything regarding these incidents or who may have any information that may assist the investigation.”

Anyone who can help is asked to phone Sussex Police on 101, email 101@sussex.pnn.police.uk or call the independent charity Crimestoppers anonymously on 0800 555111.