Ten fire engines are tackling a blaze in a high rise block of flats in Montague Street, Kemp Town. 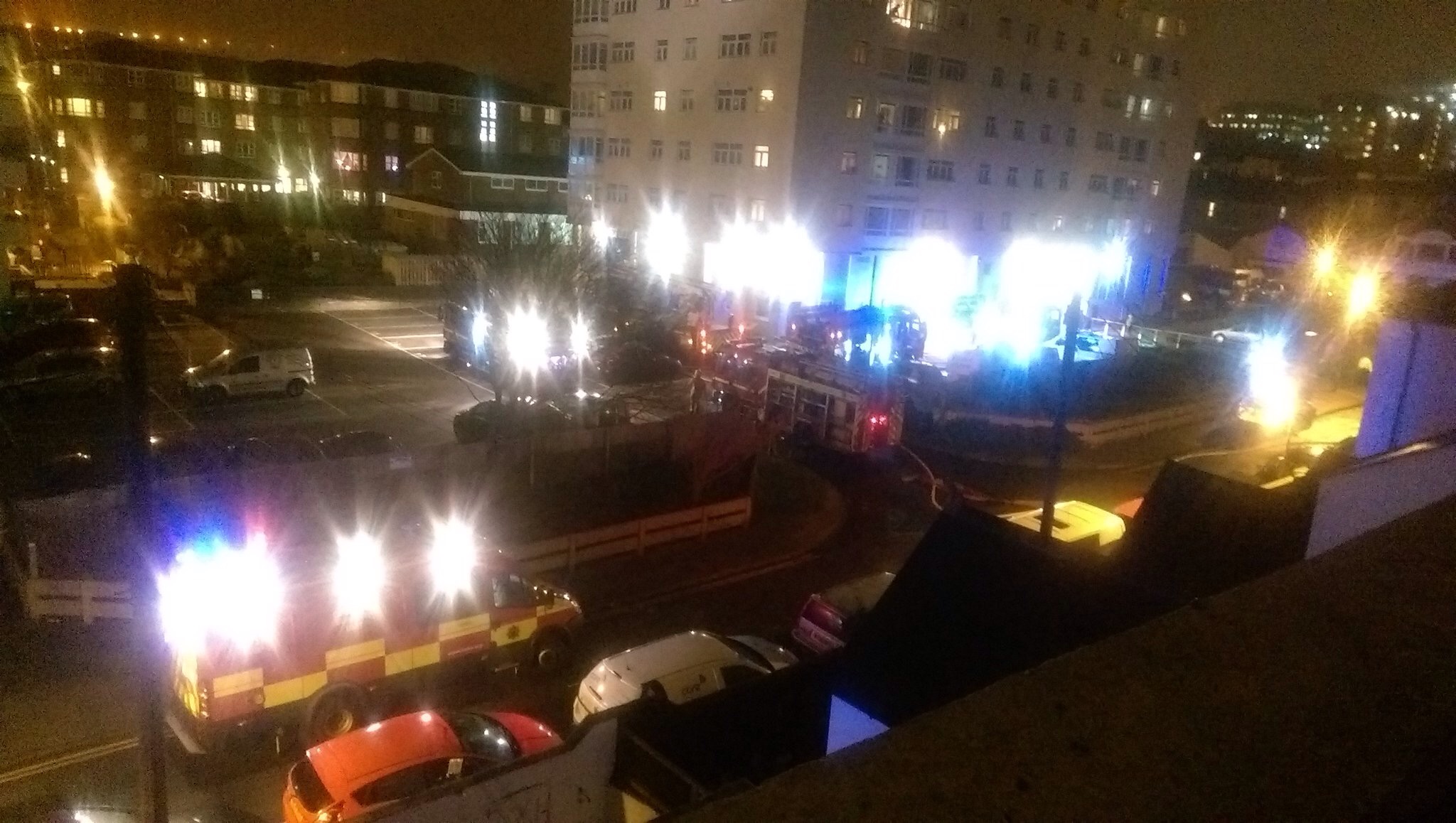 The fire is believed to be in a tower block called Essex Place.

The fire service said: “East Sussex Fire and Rescue Service are currently in attendance at an incident in Kemp Town, Brighton, this evening.

“Four fire engines were initially mobilised to the fire on the 13th floor of the property in Montague Street at 5.14pm after several calls were received.

“By 6.40pm this had increased to ten fire engines.

“Crews in attendance are Preston Circus, Roedean, Hove, Newhaven, Seaford, Barcombe, Hailsham and Haywards Heath along with the aerial ladder platform from Preston Circus, the control unit from Lewes and four officers.

“Firefighters are using main jets and breathing apparatus to tackle the blaze.”

Initial reports to the fire brigade said that some people may be unaccounted for.