A jury has convicted the man who killed Brighton University student Janet Muller of manslaughter.

The 21-year-old went missing from Mill View Hospital in Hove on Thursday 12 March last year. The next day her body was found in the boot of a burning car in Ifield, Crawley. 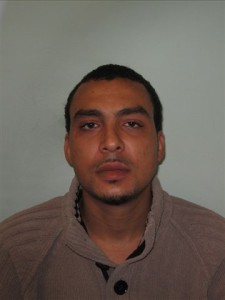 Miss Muller, who had been in Mill View, in Hangleton, since Tuesday 3 March went missing from her ward some time between 9pm and 10.15pm.

She was described by staff as very vulnerable.

The last recorded sighting of her alive was at 1.13am on Friday 13 March when she was seen to approach an unidentified car in Kingsway, the seafront road in Hove. The moment was captured on poor quality CCTV.

The jury was told that Jeffrey-Shaw picked up Miss Muller in a hired car in the early hours of Friday 13 March.

The prosecutor Philip Bennetts said that she had been a patient at Mill View Hospital, a mental health unit in Hove, since Tuesday 3 March. She had absconded twice on Thursday 12 March, the last time at around 10pm on that evening.

On the afternoon of Friday 13 March, a Volkswagen Jetta was set on fire in a country lane off Rusper Road, Ifield, Crawley, and the body of Janet was found in the boot. She had been beaten and died in the fire.

Jeffrey-Shaw had fled to a nearby hotel, called a taxi and returned to London. A few days later he handed himself into a police station in London after detectives issued his photo and an appeal for him to contact police. He was arrested on suspicion of murder and charged.

He blamed drug dealers who, he said, had borrowed the car from him. When they returned the car he was told to burn it otherwise he would be shot, he said.

He did not know that her body was in the car when he set fire to the car. 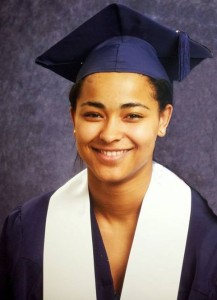 Janet Muller when she graduated from school in Berlin in 2012

Detective Superintendent Karen Mizzi, who led the investigation, said: “I want to pay tribute to the bravery of Janet’s family who have had to listen to the harrowing evidence in this case.

“The loss of a family member is always tragic, especially in these circumstances. This was a horrifying attack on a vulnerable young woman who had her whole life ahead of her.”

Miss Muller’s family said: “We are not happy that the verdict is manslaughter, not murder. We are glad that the man responsible for Janet’s death will not walk free but nothing can erase the loss of Janet.”

Brighton University said: “Janet was a bright, sparky and witty student who loved football, both as a player and spectator.

“She was academically able and her lecturers all believed she had a bright future ahead of her.

“Her loss has been felt widely across the university community and she will not be forgotten.

“Our thoughts are with Janet’s family and friends.”

Jeffrey-Shaw will be sentenced on Friday.