Plans to build another 56 new affordable council flats for people on Brighton and Hove’s housing register could take a big step forward at a meeting next week. 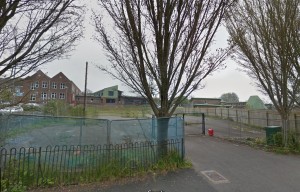 The city council’s housing and new homes committee is being asked to agree a scheme to build 29 council flats at the Wellsbourne site on Whitehawk Road. The proposed two-block development would offer a total of 9 x 1-bedroom, 13 x 2-bedroom and 7 x 3-bedroom flats.

Also up for approval from the committee is a development of 27 flats on the site of the former housing office at Selsfield Drive, off the Lewes Road. A single six-storey block would offer 9 x 1-bedroom, 13 x 2-bedroom and 5 x 3-bedroom council flats for rent.

Both developments would be subject to planning consent. The Wellsbourne site would also require the approval of the council’s policy & resources committee.

Both developments would offer 100% affordable rented accommodation for people on the city’s housing register. They would be built to meet stringent sustainability standards, meaning lower fuel and water bills for residents.

Each development would include three wheelchair-accessible flats and all other flats will be easily accessible and adaptable for residents with mobility needs.

The chair of the council’s housing and new homes committee, Councillor Anne Meadows, said: “Building new homes is a top priority for the city so these developments would be another really big step forward with our programme.

“We’re committed to doing everything we can to tackle the housing crisis and build as many new, high-quality, affordable homes as we can to help those in housing need.”

The new homes are part of the council’s New Homes for Neighbourhoods programme. This completed its first project last year and has a further 134 new council homes currently being developed at seven locations around the city.

The housing and new homes committee is also expected to agree a plan to demolish a group of eight boarded-up garages in Graham Avenue, Portslade to make way for much-needed off-street parking spaces.

The garages are no longer structurally safe and have previously attracted anti-social behaviour. The scheme would be self-financing through renting out the parking spaces.