One of Britain’s most controversial architects is coming to Brighton tomorrow (Wednesday 9 March) to speak about “The crisis of architecture”.

Quinlan Terry, 78, who has often been described as Prince Charles’s favourite architect has also been labelled a “radical classicist”.

Mr Terry will give the Regency Society’s annual Antony Dale lecture in the Regency Room in the Old Ship Hotel, in King’s Road, Brighton.

The Regency Society said: “Prince Charles’s favourite architect Quinlan Terry is one of the most controversial architects of our age. 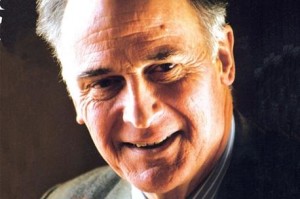 “He is passionate about classical architecture, believing it to be of divine origin. Terry builds real classical buildings, themselves fairly uncontroversial as traditional buildings with four walls, symmetrical windows and a front door.”

His significant buildings include the Brentwood Cathedral extension, the library for Downing College, Cambridge, the Richmond Riverside development and the State Rooms at 10 Downing Street.

The society added: “Quinlan Terry works in partnership with his son Francis. Their design philosophy is to make new buildings fit so well into their context that they look like they have always been there.

“For our annual Antony Dale lecture Quinlan Terry will give a, no doubt, characteristically passionate talk about what he sees as the crisis of architecture in our modern cities. The evening promises to be riveting.”

Tickets cost £12 and must be booked in advance. For more information, click here.