A man who stopped to ‘help’ a woman who was unwell in Woodingdean last year and then raped her has been jailed for eight years. 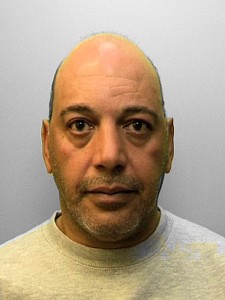 Michael Doos, 52, unemployed, of Netherfield Green, Brighton, appeared at Hove Crown Court on Friday (11 March) for sentencing after he was found guilty of two counts of rape following a trial last month.

The court heard that the victim, a 20-year-old woman, had got off the number 2 bus at The Ridgeway shortly before midnight on Wednesday August 12 and walked northwards. She stopped walking as she felt unwell and as she did so was approached by a man in a car. He got out and helped her, then pushed her against a wall and raped her. He drove away along Crescent Drive North.

Doos was arrested a couple of days later by detectives and was charged with two counts of rape.

Detective Constable Sarah Townsend said: “I would like to pay tribute to the victim for coming forward and reporting this. This has been extremely distressing for her but she has shown determination and courage.

“Doos preyed on a young woman by pretending to help her when she was feeling unwell and in a vulnerable state. He went on to rape her, then left her barely conscious in the street before driving away.”