Patients have been invited to a public meeting to discuss health services in an area of Brighton where the doctors’ surgery is expected to close this year.

Due East Neighbourhood Council is holding the meeting in Whitehawk Library from 6pm today (Wednesday 23 March).

The library is by the Wellsbourne Health Centre in Whitehawk Road, Whitehawk, where The Practice said that it would close its surgery at the end of June.

The company – The Practice – has agreed to keep the GP (general practitioner) surgery there open until the end of November.

Some hope has been offered by a nearby doctors’ surgery, Ardingly Court. The surgery, in Kemp Town, operates a branch surgery in the same building in Whitehawk and said: “Ardingly Court Surgery is pleased to announce that following on from the huge increase in demand on our services as the result of a local practice closure, from (Thursday) 8 September we will be able to offer further appointments at our new branch surgery at Wellsbourne Health Centre (1st Floor), Whitehawk Road, Brighton, BN2 5FL. 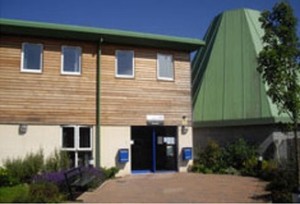 “Patients currently registered with Ardingly Court Surgery will now be able to book appointments at either of the two sites (1 Ardingly Street or Whitehawk Road).

“New patients wishing to register will also have access to both sites – the same registration rules and processes apply. There will be access to a GP and nurse on either site during opening times.

“Ardingly Court Surgery will continue to operate its existing operating hours. The branch site at Wellsbourne Health Centre will initially be open for Ardingly Court patients in the mornings (from 8.30am to 1pm) on Mondays, Tuesdays, Thursdays and Fridays.

“As demand increases at this site, we will review these opening times and extend accordingly.”

Many of the patients at The Practice in Whitehawk were previously registered with the Eaton Place surgery which closed last year.