Student stabbed at City College ‘was standing up for a girl’

A student stabbed outside City College yesterday says he was attacked after standing up for a girl who was being harassed. 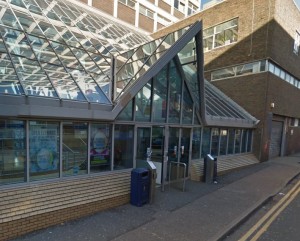 The student, who wishes to remain anonymous, was stabbed in the leg at 1.30pm yesterday in Pelham Street as he was on his way to a maths lesson.

The attacker then fled, leading to a manhunt. At the time of publication, no arrests had been made.

The student, who wishes to remain nameless, said: “I was on my way to a level 3 maths lesson and got attacked

“He was harassing a girlIi knew constantly and I stood up for her, that’s all. I never looked for a fight, let alone getting stabbed

“I was trying to stand up for her and got myself into trouble when doing so.”

A spokesman for City College said: “We can confirm that the person taken to hospital following an incident outside the college on Pelham Street is a current City College student.

“This person has now been discharged from hospital.

“The college is liaising with all the necessary authorities and remains open as usual.

“As this is an ongoing investigation, it would be inappropriate to comment further.”