Police have released a CCTV image of a man they would like to speak to in connection with a reported assault and robbery in Brighton. 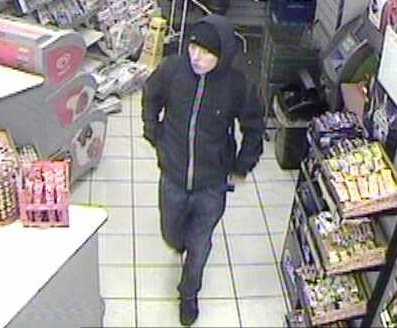 The victim, a 34-year-old man from Hove, was walking in Queens Road some time between 2am and 4am on Sunday, 28 February when he was knocked to the floor near Budgens.

He did not suffer any serious injuries but it is believed his smart phone was stolen.

Detective Constable David Rose said: “We would like to speak with the man pictured and anyone else who was in the area and who saw anything suspicious.

“Witnesses can email 101@sussex.pnn.police.uk or call 101 quoting reference 87 of 29/02.”
Alternatively, you can call the independent charity Crimestoppers anonymously on 0800 555 111 (www.crimestoppers-uk.org).