1) Burnley and Middlesbrough dropping points. Sadly neither did on Saturday. Despite Middlesbrough being a goal down with 15 minutes to play and winning 1-2 and Burnley being held by Birmingham until around the same time and and also managing a 1-2 to go back above Albion.

2) The sheer brilliance and togetherness of the Albion players and the thought they could take this through to the Premier League. And consolidate their position. Just like Stoke City and erm ……Leicester have. 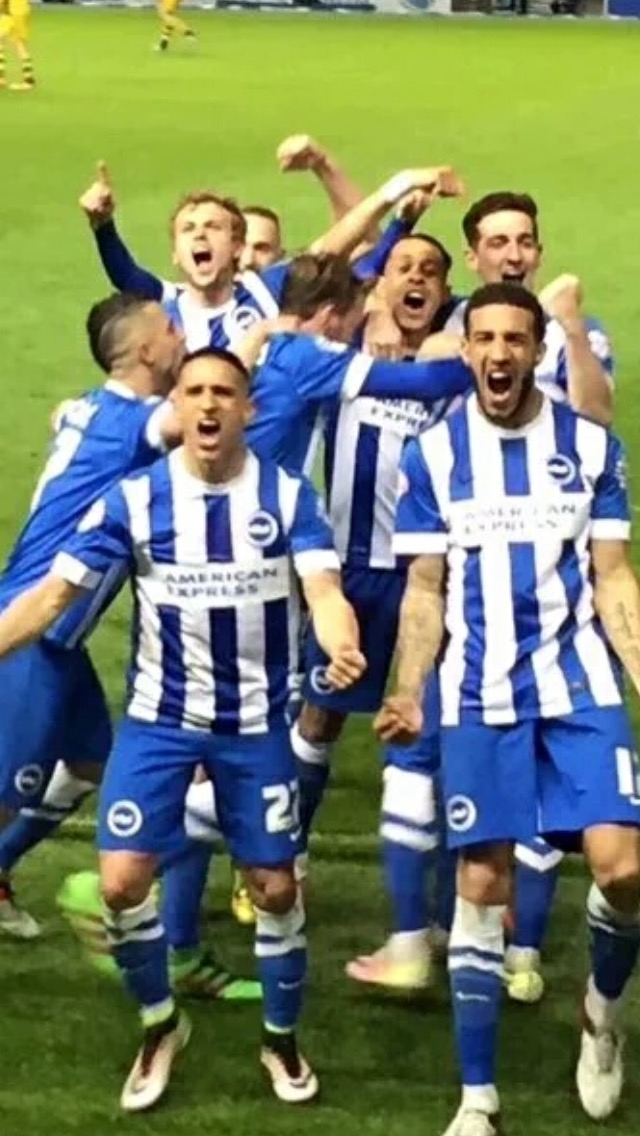 3) Just thinking about trips to Liverpool (twice) Manchester (twice) Arsenal , Chelsea etc.Albion  haven’t played Everton since 1983.  Experiences Sesgulls fans who were around then,  haven’t had week in week out since the mid 1980’s. Maybe Brighton will go back to being the un-trendy, cheap and non eventful town it was then.

4) Having to wait 96 odd hours until the Seagulls are unleashed on QPR .The night Burnley play Middlesbrough. So one of them will have to drop points.

5) Still that one – 3 points required against Derby on May Day for automatic promotion. Zamora last minute in front of a packed Amex North Stand. Wow!