Boots the Chemist has refused to rule out a move into the premises occupied by BHS in Churchill Square when its Brighton store closes.

Boots is looking for new premises because John Lewis has bought the freehold of its shop on the corner of Queen’s Road and North Street. 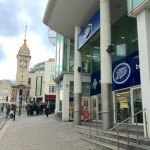 The company said: “We are still committed to Brighton.”

But when asked specifically about the BHS store it added: “We aren’t able to comment on market speculation.”

The comments followed a report in the Daily Mail about which businesses want to buy all or part of BHS (British Home Stores) out of administration – or the shops rather than the trading business.

The Mail said that Boots the chemist wants “just the Brighton store”. 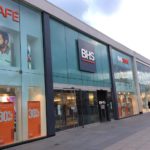 BHS in Churchill Square is still trading, offering 30 per cent discounts, while specialist accountants from the administrators Duff and Phelps try to work out the best way forward.

One of the administrators’ first decisions was not to accept payment by American Express, the global financial card company which has its European headquarters in Brighton.

John Lewis hopes to be able to share its plans with the public within a matter of months.