Thousands of children took part in the Children’s Parade this morning (Saturday 7 May) – the traditional opening event of the annual Brighton Festival.

And thousands more people lined the route through the centre of Brighton in beautiful sunshine as the procession poured past.

The theme was “Brighton celebrates”, with children sharing some of the many things we love about Brighton and Hove.

She tweeted: “Represented in #ChildrensParade – I can die happy now! Thanks so much to Coombe Road for amazing work!” 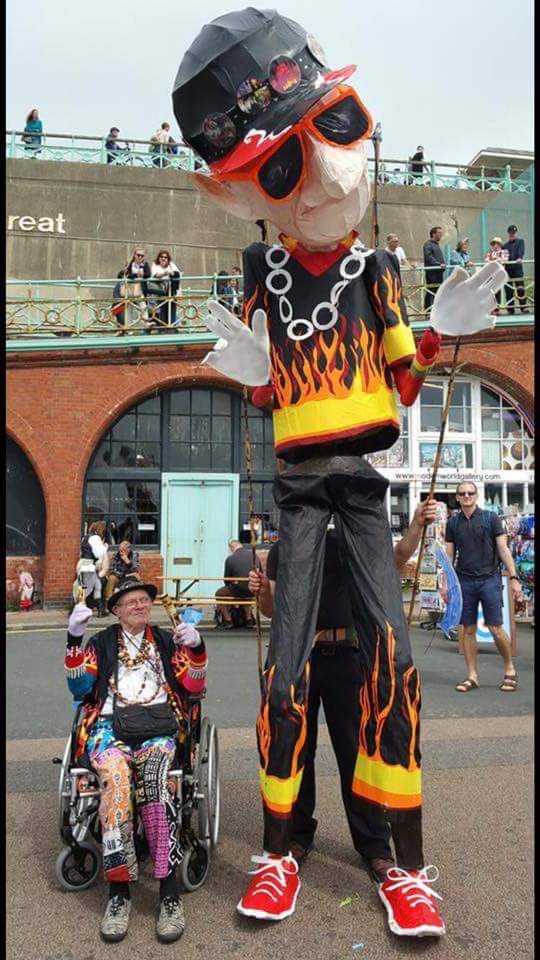 The real Disco Pete and his model friend

A homage to Disco Pete at the #ChildrensParade Brighton pic.twitter.com/MjaoD8YECM

Represented in #ChildrensParade– I can die happy now!! Thanks so much to Coombe Road for amazing work! #Brighton pic.twitter.com/3eNmI0DkjA

We LOVE #Brighton in May! Great to spot so many #YCR2016 schools in the #ChildrensParade @brightfest pic.twitter.com/DyWvG5F5ZW

Mods, rockers, Fatboy and Disco Pete all in the same place – congrats @brightfest on best ever children’s parade pic.twitter.com/zeu2bvxs9C