Marathon Bet has its head office in Davigdor Road, Hove.

The company does, however, have sponsorship deals with Liverpool, Manchester United and Boro.

The ad outside the Riverside Stadium read “Don’t feed the Seagulls – Good luck Boro in your promotion push from the team at Marathon Bet.” 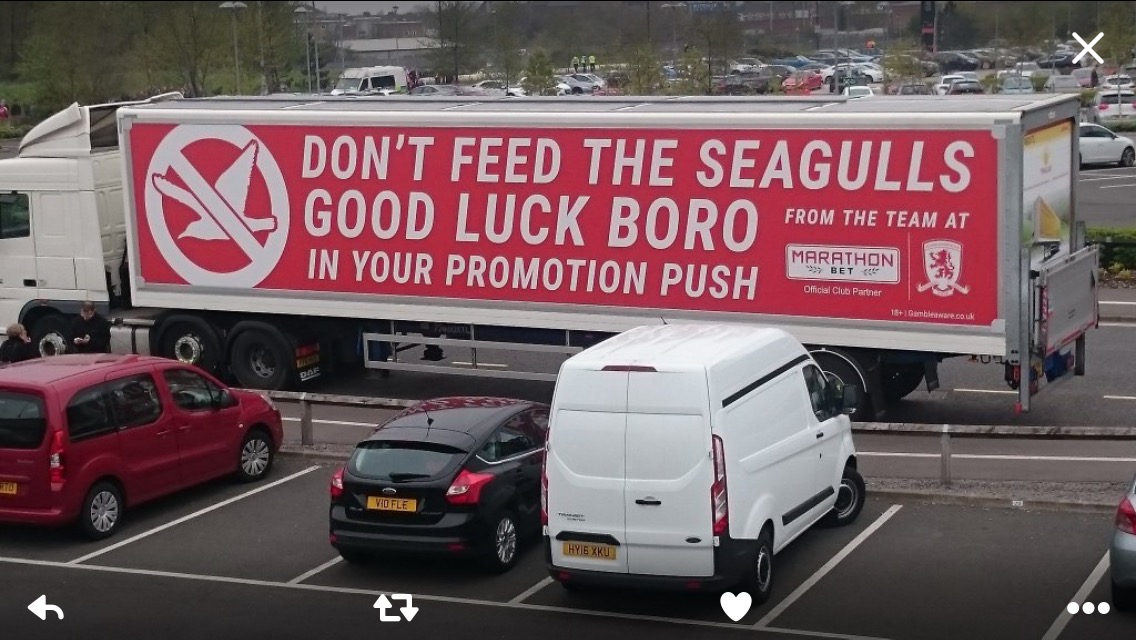 Many homes, businesses and schools in Brighton and Hove were flying Albion flags and banners in the build up to the match as the club encouraged the whole county to go blue and white.

The betting company has been in existence since 1997. It specialises in the Asian and Russian markets. It has been at its Hove base for a number of years.