Lightning, torrential showers, a closed road – and a rainbow and stunning sunset

Thunder, lightning and torrential rain hit Brighton and Hove this evening – but the heavens light display ended with a rainbow breaking through the stormclouds. 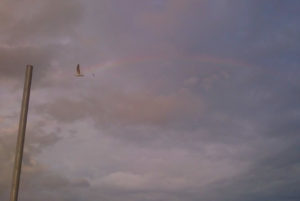 This picture was taken by @BornTooLoose and posted on Twitter, one of several which captured the arch over the channel tonight.

At least one road has been affected by the weather, with police on the scene at Whitehawk Road by the Broadway where flash flooding has damaged the road surface – Oliver Button sent us this picture: 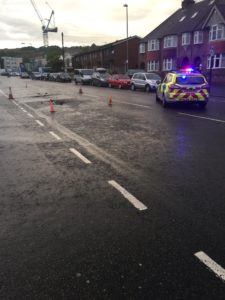 Cat Smith took this stunning picture of forks over Hollingdean: 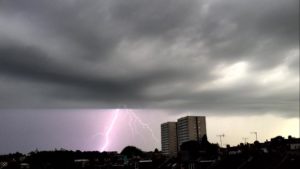 @BornTooLoose also took this picture of photographers huddled under the Brighton Bandstand for cover while the lightning lit up the skies. 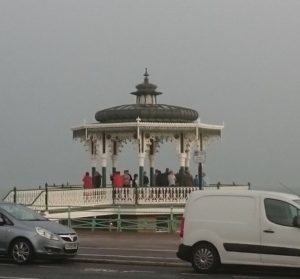 Another Twitter user, @jamesinsussex, posted this fantastic picture of the forks over the sea by Brighton Marina taken from his home.

And Steve Cook’s picture of the rain coming down by the viaduct near Preston Park captures just how heavy the showers were. 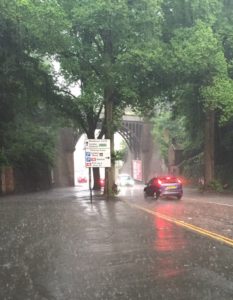 Ricky Deerans Angler sent us this picture of the sun trying to break through the stormclouds over the sea: 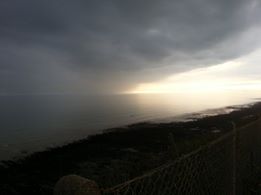 And Deany Smith took this picture of the stunning sunset which rounded off the evening’s weather: 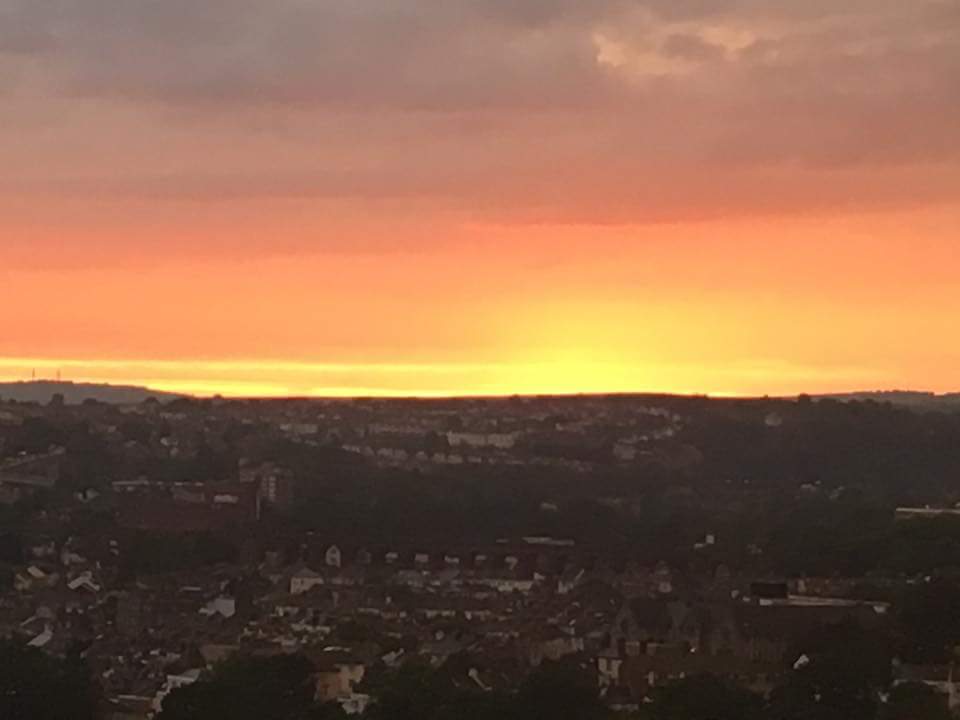 The heavy rain lasted for about half an hour, but more is expected overnight, with an amber weather warning issued by the Met Office predicting up to 50mm before 6am tomorrow.