A missing 15-year-old girl has not been seen since she got out of a taxi near the Palace Pier on Sunday (7 August), Sussex Police said.

The force issued a public appeal for help in finding her, saying that they were concerned for her welfare.

Sussex Police said: “Chloe Woolsey, 15, was last seen leaving her home at 8.20pm on Sunday and getting into a taxi.

“The taxi took her to the Harvester near to Brighton Pier but she has not been seen since.” 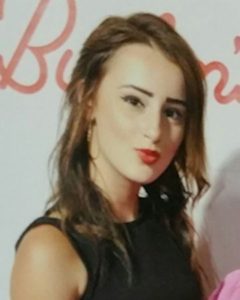 PC Lucie Collier said: “We are concerned about Chloe. She is only 15 and has been out all night.

“We believe she is still in Brighton though she lives in Rustington and also has friends in Bognor.

“She is 5ft 7in with shoulder-length dark brown hair. She wears a nose ring and was last seen wearing black skinny jeans, black crop top and boots and was carrying a brown handbag.”

Anyone who has seen her – or who knows where she is – is asked to phone Sussex Police on 101 or email 101@sussex.pnn.police.uk.