The survey found that 95 per cent of students were satisfied with their course, slightly down on the 98 per cent last year.

The survey, carried out by Ipsos Mori, generally targets final year undergraduates and, nationally, had a 72 per cent response rate or 312,000 respondents. Students were asked 23 questions.

The medical school was beaten by only two higher education institutions – Buckingham University and the University of Law both on 97 per cent.

The proportion of satisfied students at Sussex University rose to 89 per cent this year from 87 per cent.

Meanwhile, 80 per cent of Brighton University students said that they were satisfied with their course. This was down from 83 per cent a year ago and below the national average of 86 per cent.

At City College Brighton and Hove 78 per cent said that they were satisfied compared with 81 per cent a year ago. 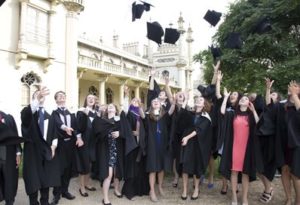 Madeleine Atkins, chief executive of the Higher Education Funding Council for England, which commissioned the survey, said: “I’m pleased to see that the results of this year’s survey remain very positive, demonstrating the commitment of all higher education providers to deliver high-quality teaching and learning for their students.”

Professor Atkins said: “The response rate is very encouraging and ensures that the student voice continues to inform enhancements in quality and in the information available to the next cohort of students.

“The increase in the number of alternative providers taking part in the survey on a voluntary basis for this year is a reflection of how important the survey is to the sector and highlights the increasing diversity of higher education in the UK.”

The aim is to provide valuable feedback for prospective students while helping universities and colleges to improve the education that they offer.