1) He is pleased and encouraged by the acquisition of Steve Sidwell on a permanent basis and new signing Oliver Norwood. 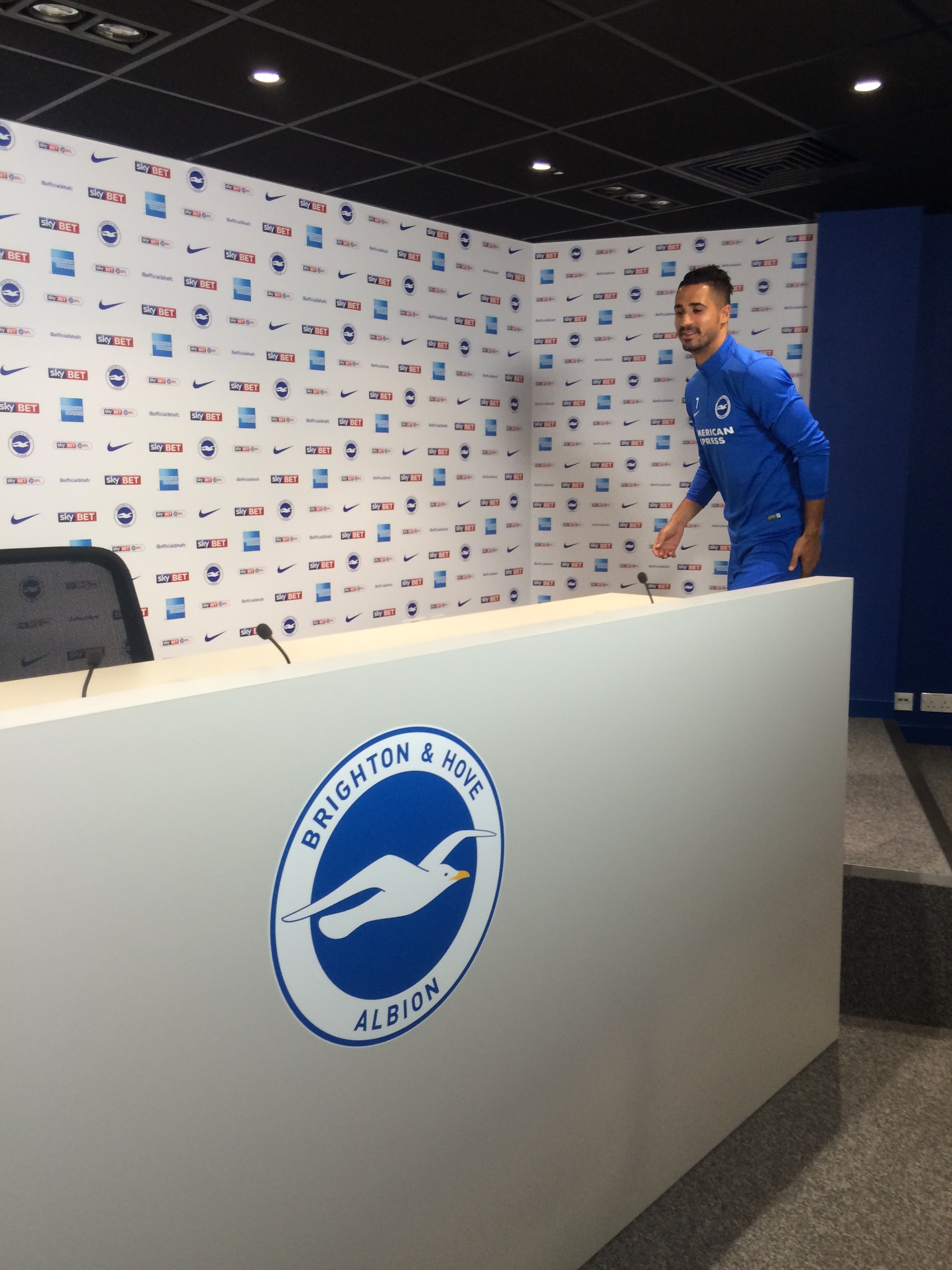 2) He is keen to score more goals. He scored on his Albion debut in January 2015. Having only scored twice in 86 appearances for Celtic previously. He now has 3 goals for the Seagulls in 63 appearances

3) Brighton and Hove News asked the Isreali international about his future aspirations regarding playing for his country. Israel play Italy in two weeks time in a World Cup qualify. Kayal told @bhcitynews  “Some managers reveal the squad a week before, but some just a few days before. So I can’t say anything  at this time”

4) He was pleased that the start of this season is almost a mirror image of  last season although  he told Brighton & Hove News,  in his opinion the last campaign was now consigned to history .

5) He has never played at St James Park previously in his career.