John Lewis is putting its plans for its Brighton store on public display today (Friday 16 September) and tomorrow (Saturday 17 September).

The department store firm has bought the Boots site on the corner of Queen’s Road and Dyke Road, opposite the Clock Tower.

The firm, which also owns Waitrose, is inviting people to see its plans at an exhibition at 133 Queen’s Road from 11am to 8pm today and from 11am to 4pm tomorrow.

The plans include a rooftop terrace café and a blue and green glass frontage.

Andrew Mills, the senior acquisitions and development manager at John Lewis, said: “We have held a long-term ambition to build a new department store in Brighton and we want to hear local people’s views on our proposals.

“We have developed an outline planning application so that we can establish the scale of our new shop. 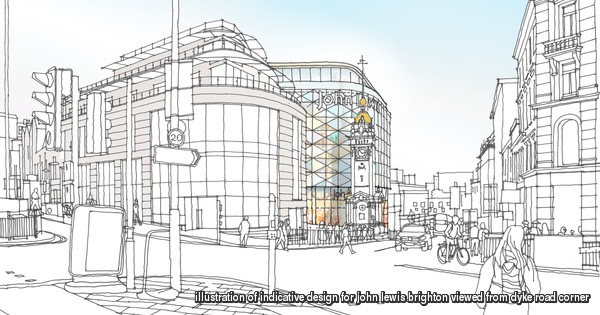 “We are also sharing sketches showing what the shop could look like and we want to hear what people would like to see in the department store.

“Each of our shops is unique to the city or town in which it sits and our Brighton shop would be no exception.

“We want to hear the views of Brighton and Hove residents to allow us to deliver a shop that is right for the city.”

An outline planning application is expected later this year, followed by a detailed application next year. 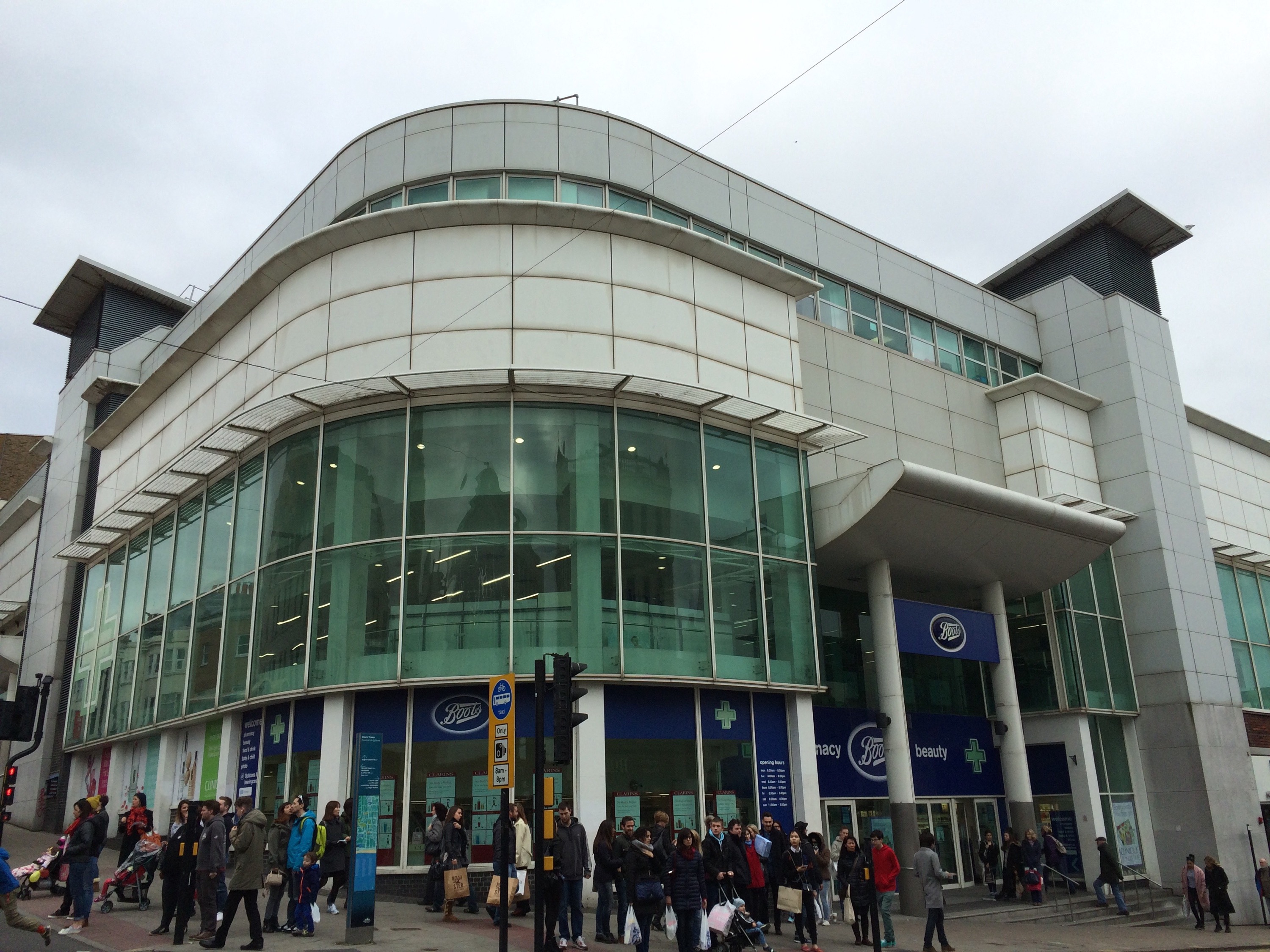 No date has been given for the opening of the multimillion-pound store which is expected to employ about 250 staff.

But Boots is not expected to move out before 2018. There have been suggestions that it could occupy the recently closed BHS premises in nearby Churchill Square but The company is not saying anything publicly at this stage.