1) The midfielder was aware that the Seagulls have never won a match at Hillsborough, but was unable to recall a significant match that he had been involved in there. Although he recalled that it is a huge stadium to play in and that the atmosphere there for clubs play off semi-final in last May, was one of the best he has ever played in. 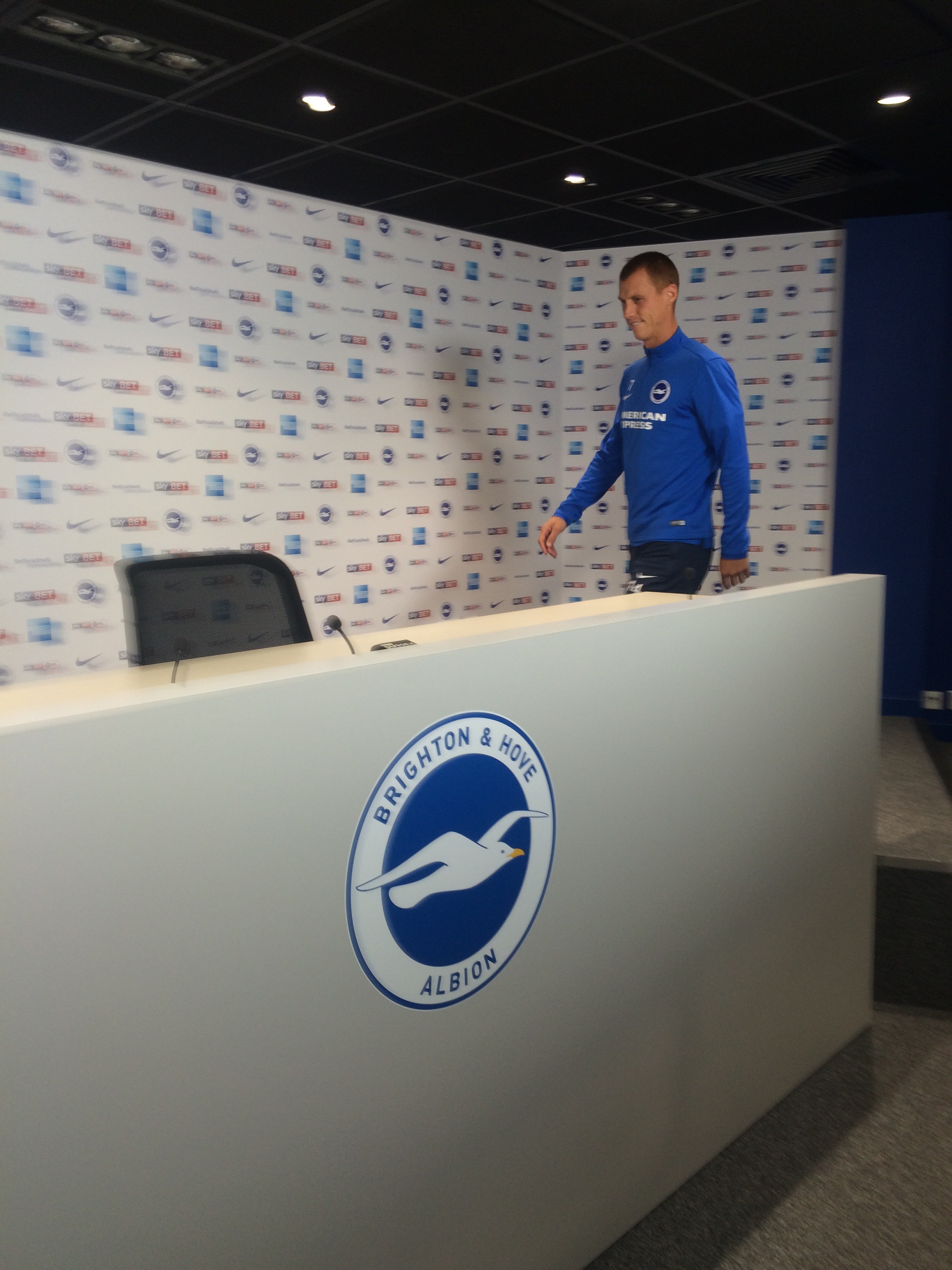 2) He thinks the well worn stats about Albion never winning at Hillsbrough are just that . Saying “that all goes out the window when you step on that pitch”

3) The former Chelsea midfielder said he likes to help mentor and encourage the younger players in the squad. Telling Brighton and Hove News “if I am playing I do the business on the pitch and help others around me -and if I’m not I do it on the bench and in the dressing room so as to help us win the football match”.

4)  He considers the team spirit at the Albion to be one of best he has experienced  in his long career. Commenting on the drive and determination of the club to get into the premier league.

5) Sidwell was reminded by @bhcitynews of how frustrated he looked about being denied a goal at the Amex late last season. He told us ” I enjoy scoring goals I have had a career being a goal scoring midfielder – but I get just as much satisfaction making a last ditch tackle or helping our defensively”

” But a goal at the Amex would be nice, the sooner the better really – but it’s not something that plays on my mind. If the boys in front of me are scoring I’ll be this first one to shake their hand”

Sidwell is likely to start for the Albion at Wednesday on Saturday afternoon. In the absence of the injured Beram Kayal and the suspended Dale Stephens.