Albion lead Wolves here at the Amex courtesy of a Sam Baldock goal on 14 minutes.

Gaeten Bong supplied the cross and Baldock headed in his third goal in three games via the under side of the crossbar.

Wolves have had a few chances most notably falling to Nouha Dicko.

Although Prince Oniangue forced a great fingertip save from David Stockdale late in the half.

Matthew Savage, 12, of Fiveways, Brighton, told @bhcitynews that he thought Albion would win 3-0. 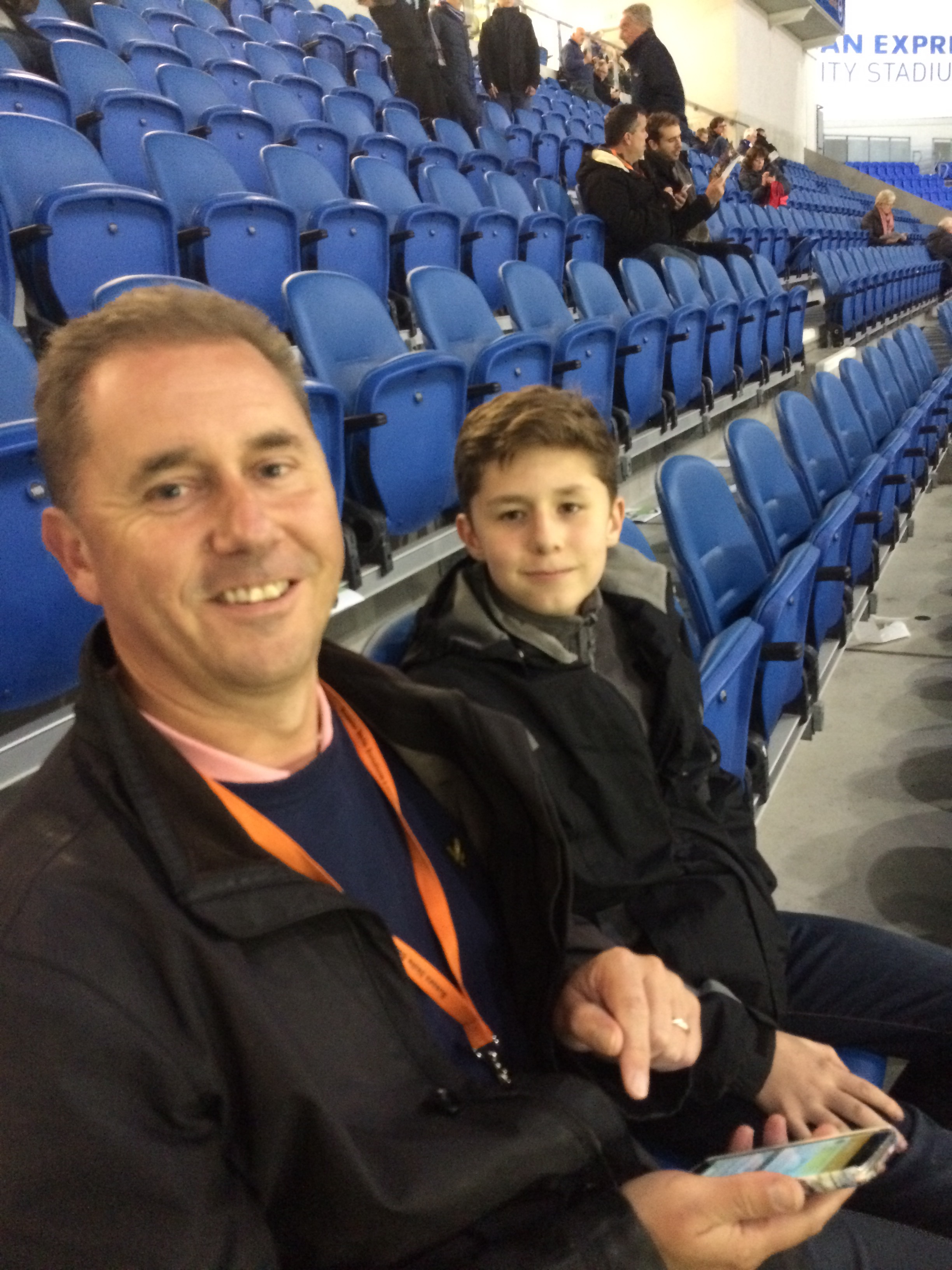 Alex Savage and his son  Matthew point the way to an Albion victory at the Amex this evening.