By Tim Hodges from the pre match press conference 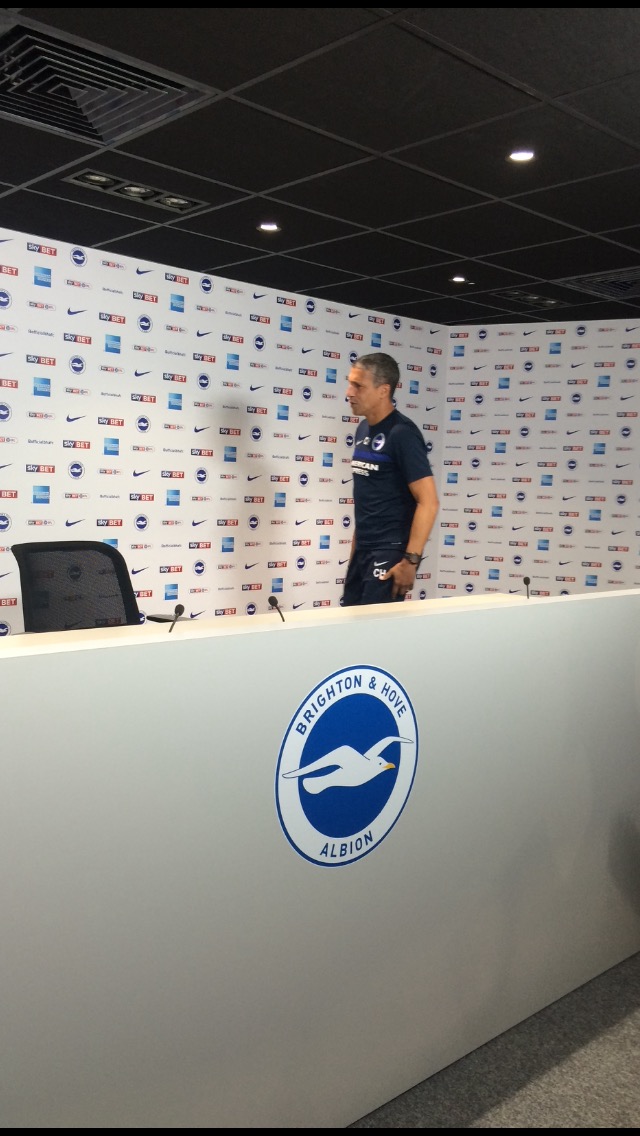 A mouthwatering prospect for Albion fans. At the traditional time football matches have kicked off at for 128 years.

“It gives our home supporters the chance to go to the game at what is the best time for them” Albion boss Chris Hughton told Brighton & Hove News.

“I hope it’s a good spectacle the support will be very good and there will be a large away support and we are expecting a packed stadium.

Hughton said he believed the move away from the Saturday 3pm start, for the purposes of live TV transmission, was good for the game.

Hughton went on to tell @bhcitynews that Dale Stephens was pushing for a starting place for Saturday’s match saying “yes he’s ready. Over the last few weeks he’s had a few niggles which have set him back, but he’s very much focused  and pushing for a place”.

The Albion boss rejected our reporters suggestion that Stephens abscence had been influenced by Beram Kayal’s injury. Which has prevented the pair recently, from forming the excellent partnership they had last season.

The Albion boss was warm and engaging as ever in answering our questions. But it was a bit cold for him in training ground press area.  As he went off in search of a jumper. 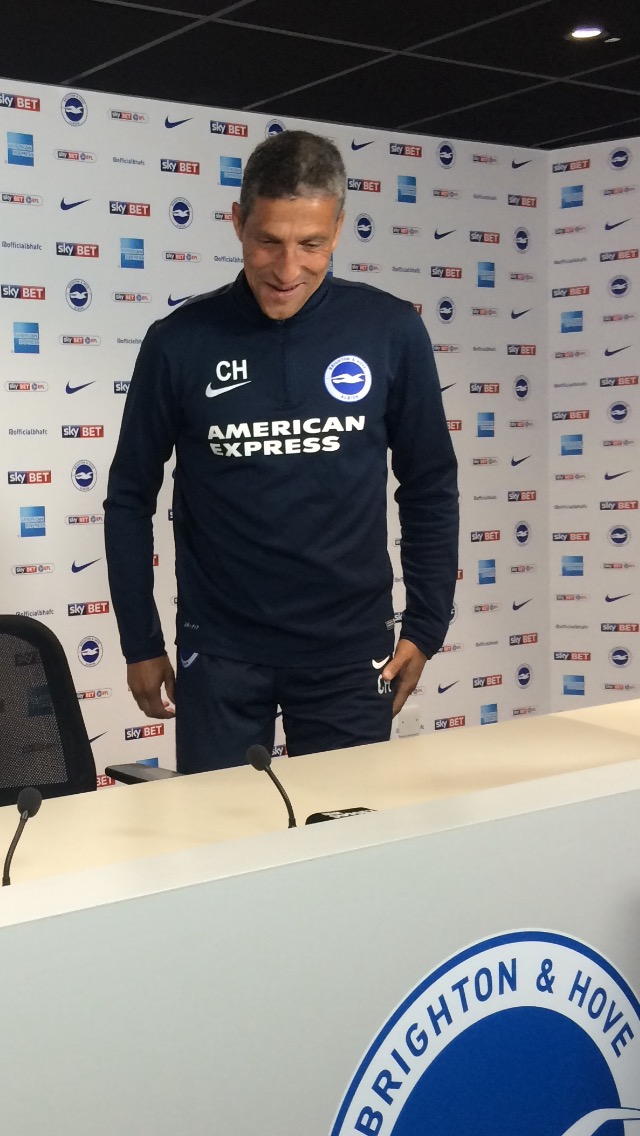 As winter approaches lets hope the Albion don’t freeze and continue to take snow prisoners in their  quest from promotion.