Brighton and Hove Albion : Half time with Hodges

Albion lead Norwich at halftime after Glenn Murray was adjudged to have fairly shoulder charged Micheal McGovern in the Norwich goal.  Then  fire into an empty net.

Cameron Jerome had posed a few problems for Albion.

But the main  taking point has been the battle between Albion scorer Murray and Norwich defender Martin Olsson.

Both have yellow cards. And the Norwich defender delighted Albion fans by mis kicking and falling flat on his face when well placed to shoot in the Albion penalty area. 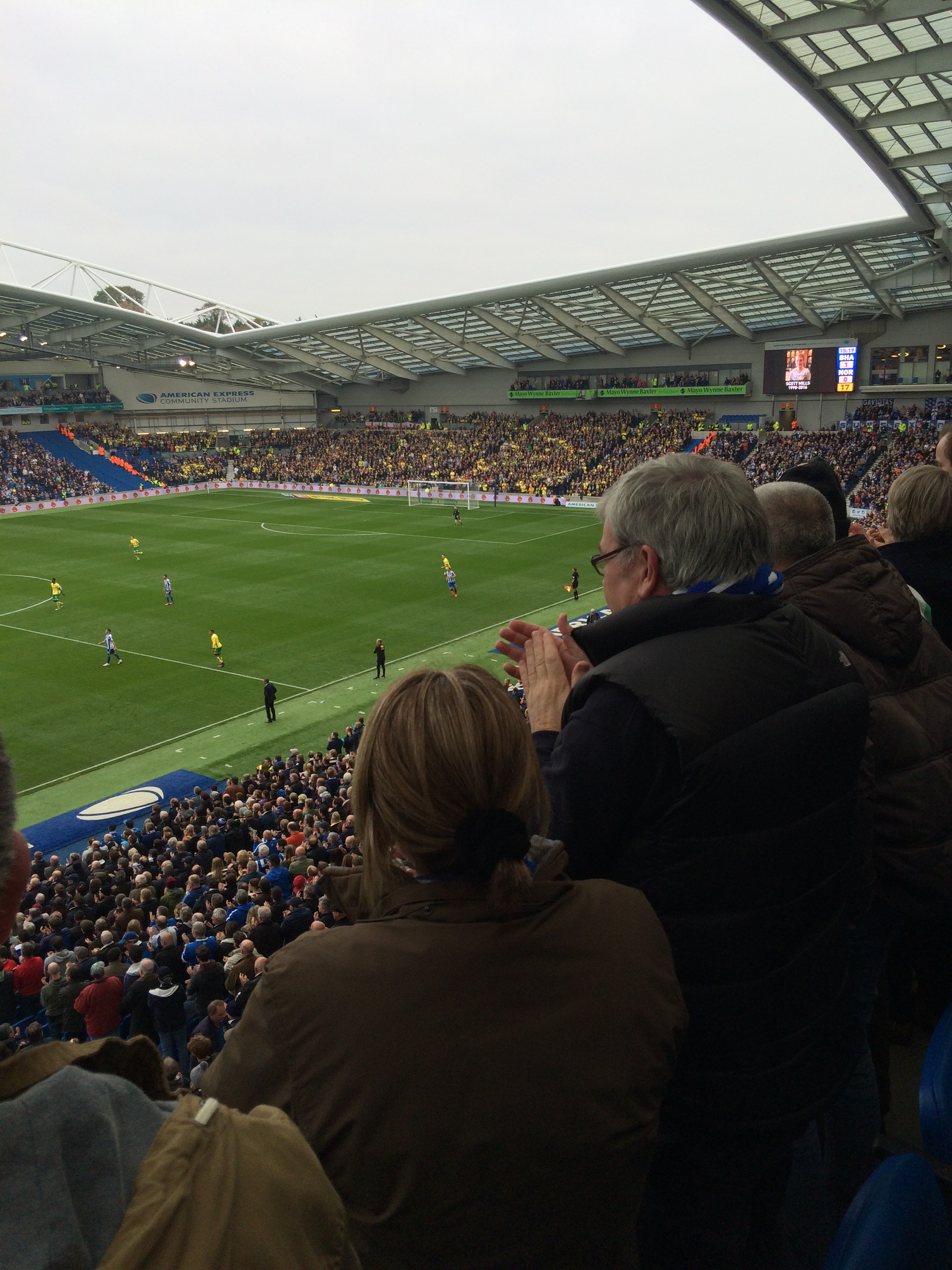