A £105 million joint venture scheme to build 1,000 new homes in Brighton and Hove has cleared its first hurdle.

Members of the council’s Housing and New Homes Committee backed the joint venture between Hyde Housing and Brighton and Hove City Council.

The aim is to build 1,000 low-cost homes for rent or sale to local people who are in work but on low wages.

For the second time in two months, councillors asked a series of questions during another marathon meeting at Hove Town Hall.

But this time they backed a recommendation for the joint venture to go forward.

It still has to be approved by the council’s Policy, Resources and Growth Committee – and possibly even the full council. 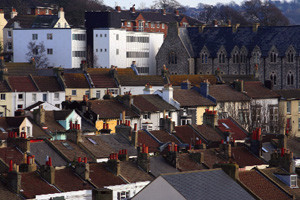 These included questions about the level of affordability and how much involvement elected councillors would have in overseeing the joint venture.

Councillor Mears, a former Conservative leader of the council, said: “Everything is being delegated to officers. We are elected members and we are the ones who take the flak if it goes wrong.

She was worried that sites could be taken from the council’s existing housing stock or land holdings. And she said that she was concerned that the homes may not be built to the lifetime homes standard making them unavailable for people who use wheelchairs.

He said that he was regularly contacted by residents struggling to find an affordable place to live. He also praised Hyde’s credentials and the savings that the joint venture would generate for the council.

Conservative councillor Steve Bell said: “We fully support the concept. The chance for a living wage joint venture is something the city really needs.

“I’m also grateful for all the meetings that the officers and Hyde have attended.”

But he said: “This has been inadequately prepared for the large sum of money we are preparing to borrow.”

And he also criticised lack of member involvement, preventing them from being able to exercise democratic control.

Councillor Druitt said: “I welcome all the work that’s gone into the joint venture. I do think it’s going to make a big difference.

“In order to fully reach its potential this joint venture has to do what it says on the tin.

“We have to put a bit more effort into making sure the rents truly are living rents.

“If people living in these properties still struggle to pay their bills and provide food for their families then this won’t have achieved what it set out to achieve.

“There is a danger that this is a big exercise in deception.

“I would urge all partners in this to pull all the stops out to get the best deal for tenants that we possibly can.”

Labour councillor Clare Moonan said: “Let’s not forget the added benefit that this scheme will bring as well as houses. There are lots of extra benefits like the jobs.” 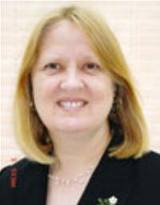 On affordability, she said: “It doesn’t go as far as we would like it to and we will push for it to go further.”

But she said that it was part of a bigger picture of a series of housing schemes in progress, adding that she hoped to get “a really robust deal for the city”.

Councillor Anne Meadows, who chairs the Housing and New Homes Committee, said: “This joint venture with Hyde Housing will allow us to build up to a thousand homes – affordable, as they are based on the national living wage.

“These homes will be more environmentally friendly – that will save people money on their fuel and water bills. This will be life-changing for so many people.

“Yes, there are lots of details we need to iron out but that shouldn’t stop us moving forward to the next stage.”