Mr Grayling said that a lot was happening behind the scenes and promised that Southern’s parent company Govia Thameslink Railway (GTR) was taking steps to deal with the situation.

Mr Kirby wrote to the Transport Secretary after the train drivers’ union Aslef voted to strike on nine days over the coming six weeks.

The RMT union which represents train guards had already announced a series of strikes totalling nine days over the same period. 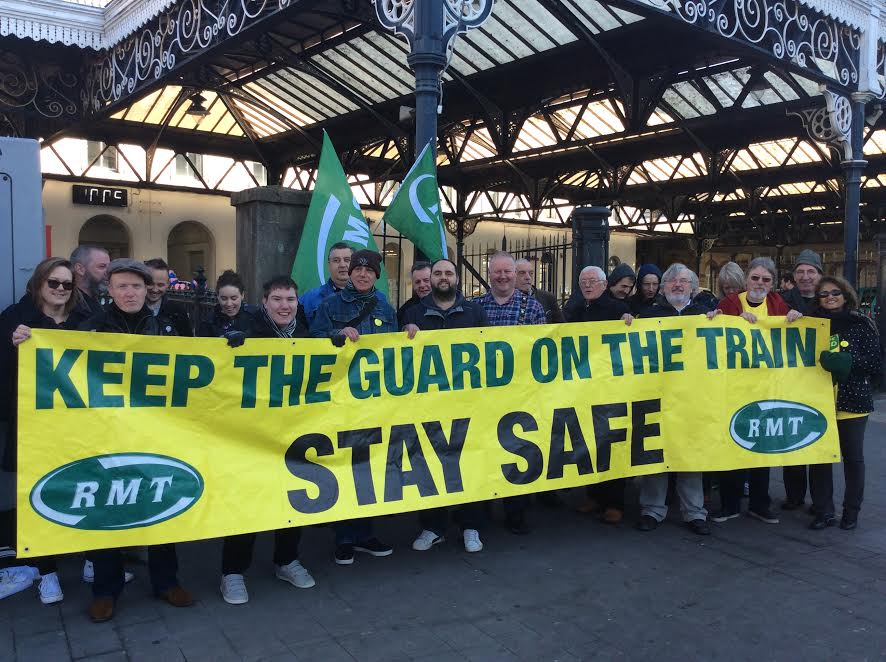 Mr Grayling said: “I am writing to you concerning the decision by Aslef to start strike action on Govia Thameslink Railway’s Southern routes. I am very much aware of the implications for you and your constituents.

“The decision is operationally inexplicable since the union has already accepted the introduction of driver-controlled operation on the Brighton main line and has simply objected to its introduction on the key routes that feed into it – such as the line from Horsham.

“Furthermore, a substantial proportion, more than 60 per cent, of trains elsewhere on the GTR network are currently operated in this way – as are Southern services from Caterham – and the staff there are not being called out on strike.

“Given this, it is clear to me that the industrial action and the unofficial action that has disrupted the route in recent weeks is politically motivated and is designed to create maximum disruption.

“Rest assured that a lot is happening behind the scenes and GTR are taking steps this week. I will be able to update you in the next few days.

“I recognise the very real concerns that you and your constituents have about this but we cannot allow the unions to dictate how or whether the railways should be modernised or not.

“They are seeking the right to determine when a train should be cancelled to inconvenience passengers, even in circumstances when this doesn’t need to be the case.

“In recognition of the very real problems that this is causing, I will be writing to you later this week with details of a compensation package for Southern passengers.

“I will also be in touch to arrange a meeting with you next week.”