A mother described the “bomb” terror visited on people living in a Brighton street after an unexpected find on a building site.

Terrified neighbours were evacuated from their homes after a suspected unexploded Second World War bomb was unearthed.

A lack of information added to the fear when a police officer told the woman to leave her home because of a bomb, leaving the impression that it was a terror threat.

Resident Victoria Scarfield said that a police officer knocked on her door at about 3.15pm and said that she needed to evacuate with her 20-year-old daughter due to a bomb.

Speaking once she was home, Ms Scarfield said: “It was really quite scary. We are still in a bit of a state of shock as the policewoman didn’t say it was a World War Two bomb, just it was a bomb.

“I was trying to get the cats in the carrier and my daughter out.

“My daughter was in tears and we had to leave the cats behind. 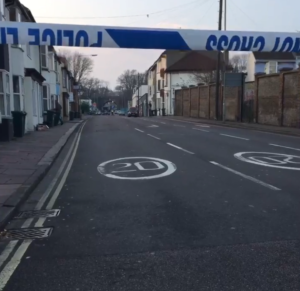 “I thought we would come back to no house.”

There was a sense of relief when she was later told that the bomb was more than 70 years old and more likely to be unstable than destructive – not a terrorist strike.

Ms Scarfield was reunited with her pets when officers gave the all-clear at about 4pm. 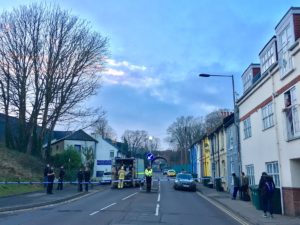 In a statement, Sussex Police confirmed that officers received a call about the suspected bomb at 11am.

An Explosive Ordnance Disposal team declared the object safe – it was an empty waste container left on contaminated land.

The road closure caused delays along Ditchling Road and Lewes Road as drivers were forced to take alternative routes.

Brighton and Hove Buses’ 50U service was diverted for the duration.