Police have issued a public appeal for help finding a 15-year-old schoolboy from Brighton who has gone missing.

Sussex Police said: “Police are concerned for the welfare of Brighton boy Hassan Chebbi who has gone missing.

“The 15-year-old was being looked after in Hayling Island in Hampshire and was last seen there at 2pm on Thursday (15 December). He has links to Brighton and Lancing.

“He is of middle eastern appearance, 5ft 3in, of stocky build, with short black curly hair, brown eyes and was wearing a black coat, grey Nike tracksuit bottoms, black trainers and was carrying a small man bag.”

Detective Constable Graham Milner said: “We are concerned about Hassan due to his age. We believe he is in Lancing with friends. If anyone knows where he is or has any information please contact us.” 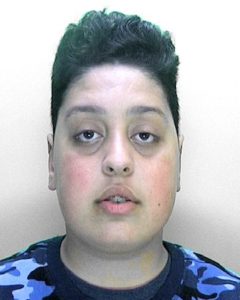 Anyone who sees Hassan or who knows his whereabouts is asked to phone Sussex Police on 101 or email 101@sussex.pnn.police.uk quoting serial 1607 of 16/12.

Sussex Police added: “If Hassan is in danger or in need of urgent medical attention call 999.”