Terence Munro, 58, a driver, of Goodwood Way, Moulsecoomb, also adapted the young woman’s computer so that he could access it from his own.

He was jailed for 20 months at Chichester Crown Court today (Thursday 22 December).

He was also required to register as a sex offender for ten years and was given a sexual harm prevention order to last indefinitely, severely restricting his access to children and computers. 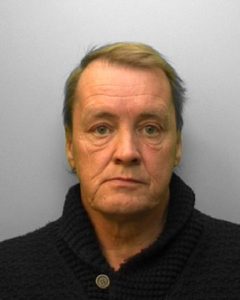 Sussex Police said: “Officers from the Sussex Police Paedophile On-Line Investigation Team (POLIT) had executed a search warrant at Munro’s address in May 2015 after receiving information that he was accessing indecent images of children online.

“On examining his computer they found not just 1,000 indecent images of children but also evidence that he had interfered with the computer of a woman known to him.

“On making further inquiries they also discovered that he had also secretly fitted a miniature camera into the bathroom she used, enabling him to monitor her use of it.

“None of the indecent images are of the woman. They are taken from the internet. And none are thought to be of local children.”

When sentencing Munro, Judge Christopher Parker said: “This was a sophisticated and planned intrusion into, and the entire removal of, the privacy of a girl developing into a young woman.”

Investigator Mark Hibberd, of POLIT, said: “We are very glad to have brought this man to justice.

“Each viewing of indecent images is in effect a further abuse of the children in them and he also caused personal torment to a victim for his own sexual gratification.”