The Liberal Democrats will be returning to Brighton for their annual conference next year, to be held at the Brighton Centre in September. 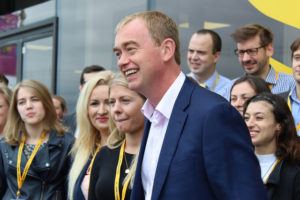 The event, which was held in the city last year, usually attracts a delegation of over 5,000 people, generating up to £10m in economic benefit for the city.

Attendees will book their accommodation through VisitBrighton, which has partnered with the Old Ship Hotel, Mercure, Queens Hotel, Gullivers Hotel and the Metropole amongst other city venues.

Howard Barden, Brighton and Hove City Council’s head of tourism and venues, said: “We’re delighted to be welcoming back the Lib Dems and thrilled they’ve chosen to use our accommodation booking service which we know can take out the leg-work and uncertainty of finding accommodation across the city.”

Chair of the council’s economic development and culture committee Alan Robins added: “Conferences of this size are great for local businesses, drawing in extra visitors to boost trade at times of the year that are often quieter.

“A political conference also generates media coverage and puts our city on the map of destinations capable of hosting large scale events.”

Lydia Dumont, head of conferences at the Liberal Democrats said: “Our decision to go back to Brighton was based on the positive feedback received from delegates who attended our autumn Conference in 2016.

“The city is a preferred destination for our members because it has so much to offer outside of conference and this just adds to the whole delegate experience.

“Brighton is an exciting and vibrant city with all venues situated close to the city centre and local amenities which offers delegates variety and flexibility throughout conference.

“The space at the Brighton Centre is ideal for onsite registration which sometimes has to take place at a different venue in other cities. The Lib Dem conference team particularly enjoy working with the Brighton Centre staff who are extremely helpful, professional and flexible.”