More help is to be given to businesses facing huge rates hikes after Brighton MP Caroline Lucas revealed some city businesses are facing eye watering hikes of as much as 400%. 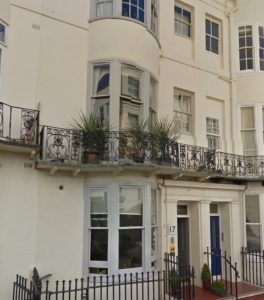 The Brighton Pavilion MP raised the case of Blanch House’s massive bill, as well as a 123% rise for the World’s End pub and 17% for Brighton Pier, during prime minister’s question time this lunchtime – the first MP to raise the issue there.

Prime minister Theresa May replied that she was asking her ministers to make sure there is “appropriate relief” – and this afternoon communities minister Sajid Javid announced there would be extra help for those racing the highest rises in next month’s spring budget.

Caroline Lucas said: “The Government business rates hike could devastate the local economy in my Brighton constituency. Brighton Pier is facing a 17% increase, The World’s End pub a 123% increase and Blanch House Hotel a 400% increase.

“Does the prime minister recognise that Brighton will be disproportionately affected and will she urgently set up both a discretionary fund to support small and microbusinesses and agree to a full review of the whole system?”

“We also want to support businesses and recognise that for some rates will go up when these revaluations take place. That’s why we’ve put
significant funding in place for transitional relief but I recognise that there has been particular concern that there will be some small businesses that are particularly adversely affected by the result of this revaluation and that is why I have asked the chancellor and the communities secretary to make sure there is appropriate relief in those hardest cases.”

At #PMQs today I asked @theresa_may to help those small businesses set to be hit by eye-watering tax hikes. #businessrates #Brighton pic.twitter.com/WA8jbEiQlY

Business rates are being revalued this year for the first time since 2010, a period in which rental prices in Brighton have rocketed.