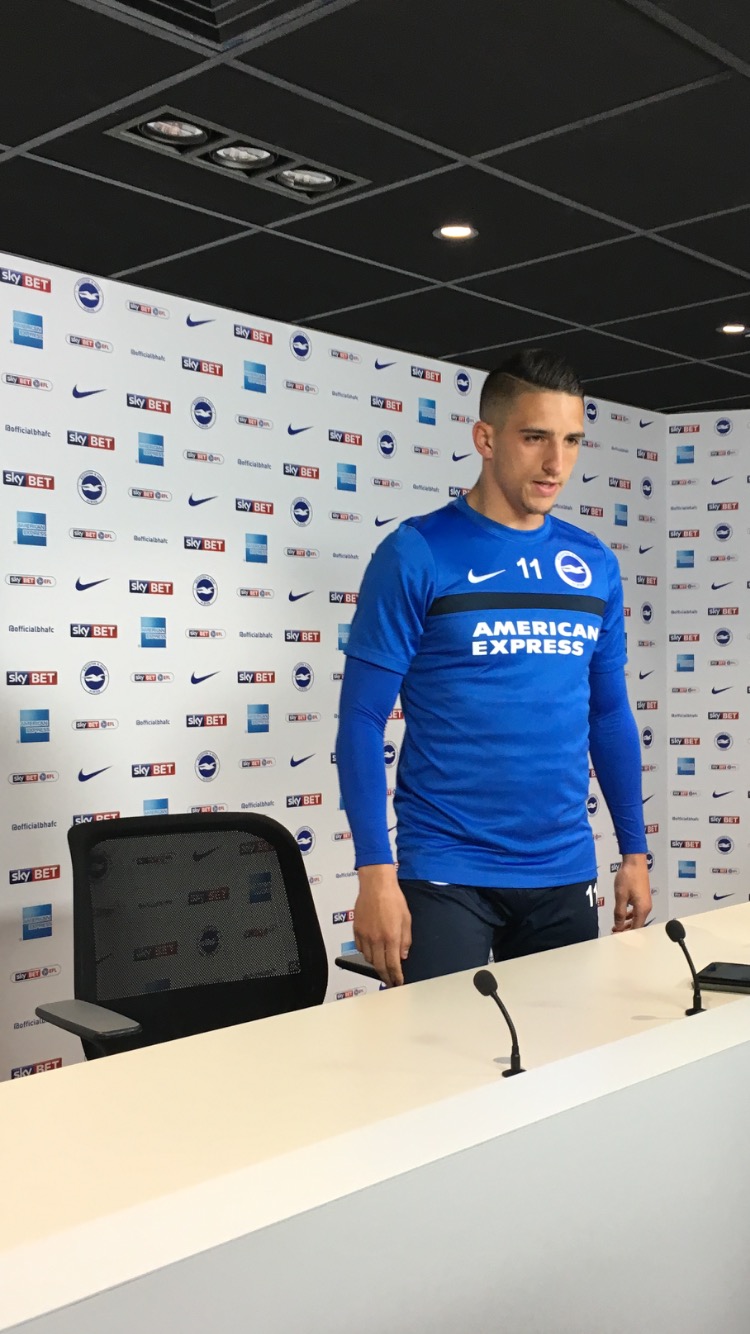 1) Knockaert revealed that he and the other Albion players saw Burton Albion’s crucial late goal against Huddersfield as they sat in the dressing room after beating Blackburn Rovers.

3) The former Leicester City man told us he thought the French Lique 1 was comparable to the Championship. He told @BHcitynews: “We could do well (the Albion) in the French top division because we have a great quality.”

4) Knockaert told us there were no easy games in the Championship and that players and fans need to be patient as the club moves towards its ultimate goal.

5) One of the favourites for Albion player of the season, the little magician was wary about Albion having to counter teams who come to sit back and grab a draw. He suggested that a point for any team visiting the Amex is an achievement for them.