Albion lead after a first minute goal from Glenn Murray – his 20th of the season. 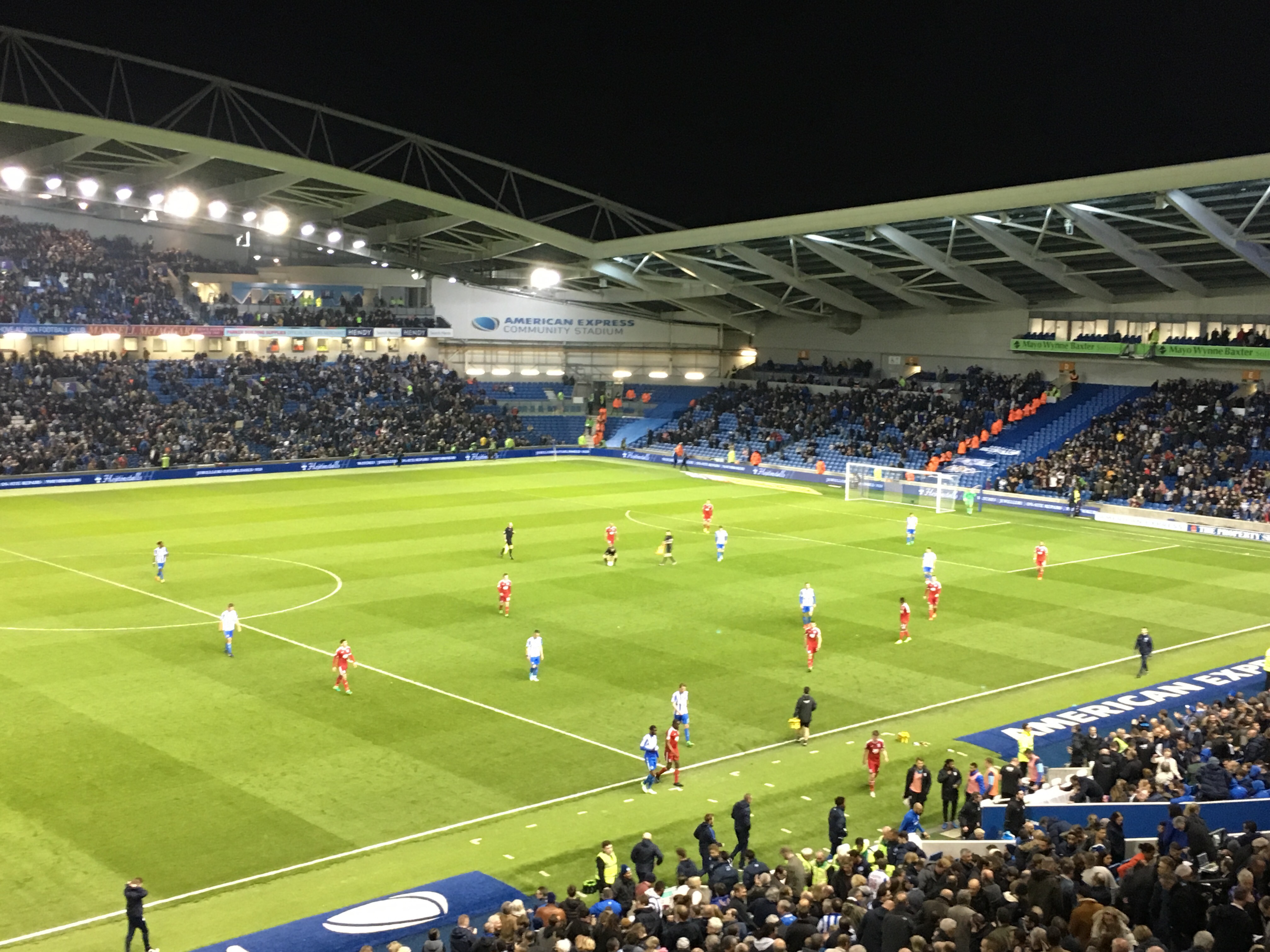 Bruno Saltor, Beram Kayal and Anthony Knockaert were all involved in a slick and precise build up that stunned City.

Craig Gardner hit the bar for Birmingham from a free kick on 13 minutes. Clayton Donaldson and Gardner have looked dangerous for City as they try to find a way back into the game.

Solly March has been Albion’s best player, at times tormenting the Birmingham defence.

Neither David Stockdake nor ex-Seagulls keeper Tomasz Kuszczak have had a great deal to do other than make routine saves.

One concern for Albion is Lewis Dunk going off unwell on the half hour.

But so far so good and Albion are at the moment top of the league again.