By Tim Hodges from Villa Park 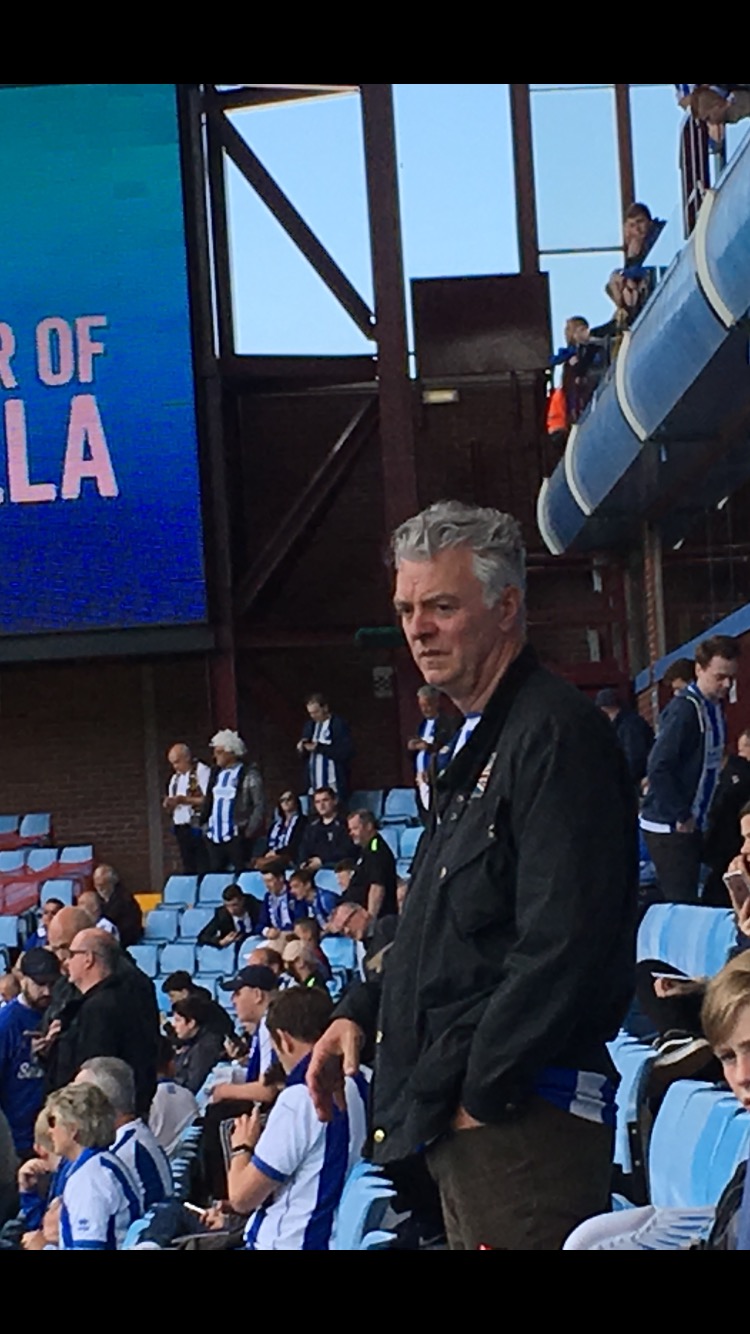 Albion were under the cosh at times in the first half. Seb Pocognoli made a couple of uncharacteristic errors, presenting both Henri Lansbury and Nathan Baker with chances.

Bruno Saltor was involved in couple of heavy challenges on former Albion tormentor Scott Hogan. Hogan hobbled off midway through the half.

The returning Sam Baldock had a couple of chances to put Albion in front as did Steve Sidwell.

David Stockdake had to be alert to a Neil Taylor free kick which he pushed around the post.

Villa looked well on top early in the second half. But a ball clipped forward by Dale Stephens for Baldock to run on to saw the forward hacked down by Baker. Baker was dismissed and Murray slammed home his 23rd of the season as players and fans alike went wild.

Soon after Murray capitalised on a James Chester error and squared for Baldock with the keeper already committed. Baldock appeared to miss his kick with the goal at his mercy.

Albion looked like they would hold on for that most prestigious of prizes. Stockdale made a great save from a Lansbury free kick. But with two minutes left Villa substitute Grealish saw his 20-yard effort wrong-foot Stockdale to give Villa an undeserved leveller.

At the end the Albion players looked crestfallen. They needn’t be. They’re in the Premier League. 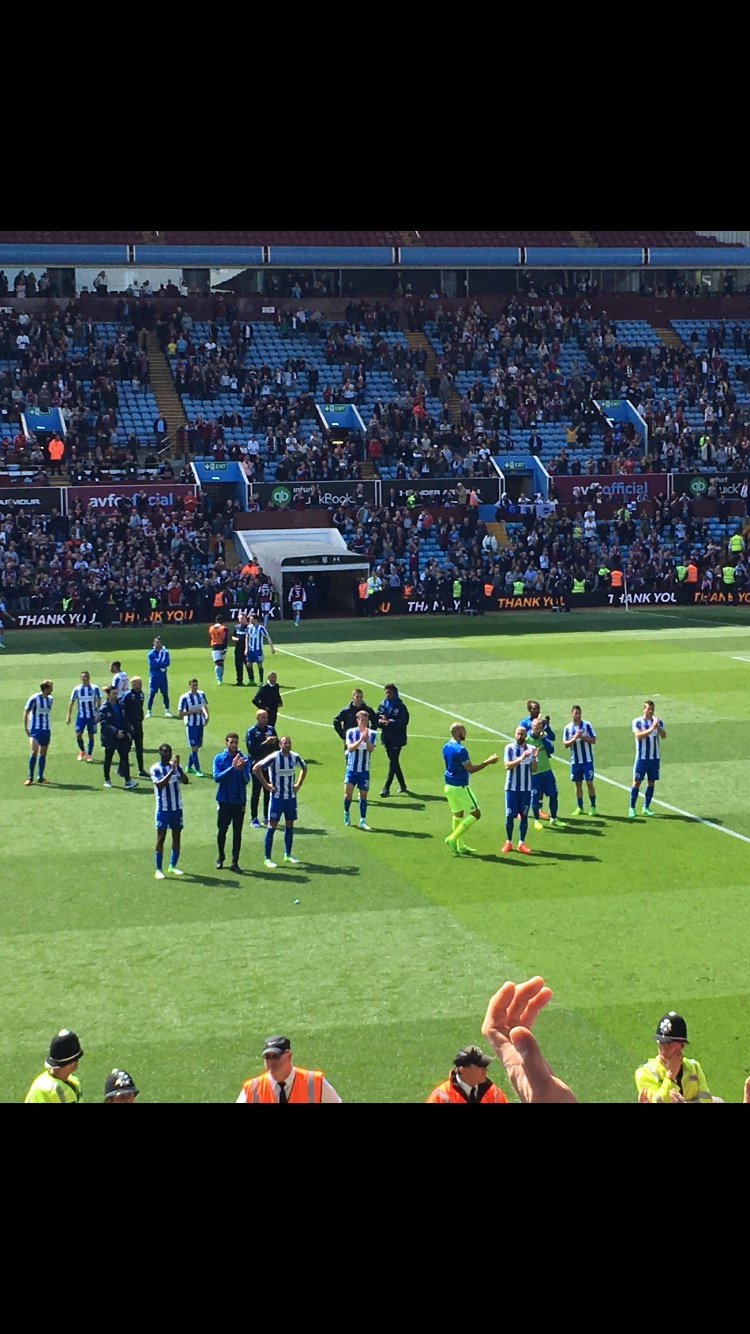 Albion players applaud the 2,700 fans who travelled up from Brighton and Hove

See you  on the glorious twelfth.