Police have appealed for help finding a missing 14-year-old schoolgirl from Portslade this afternoon (Monday 22 May).

Sussex Police said: “Police and family are growing increasingly concerned for the welfare of 14-year-old Alice Lastra-Wescombe who has gone missing from Portslade. 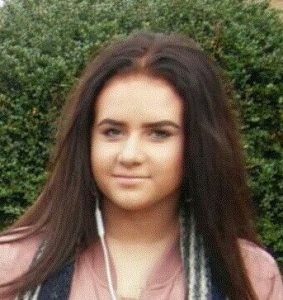 “Alice was last seen at around 8.05am on Monday 22 May when she left home to attend school but never arrived.

“Alice is described as white, 5ft 6in, of medium build and with long dark brown hair.

“She was last seen wearing her Shoreham Academy school uniform which consists of a blue blazer, blue skirt, light blue T-shirt and a black shoulder bag.

“Alice has links to the Crawley area.”

PC Mark Green said: “We are growing increasingly concerned for Alice as her disappearance is out of character.

“We ask that if she sees this that she makes contact with a family member or police so we can check her welfare.”

Anyone who sees Alice or knows of her whereabouts is asked to contact police on 101 quoting serial 418 of 22/05. If she is in danger or need or urgent medical attention, dial 999.